Can Innovation Restore the US Infrastructure? 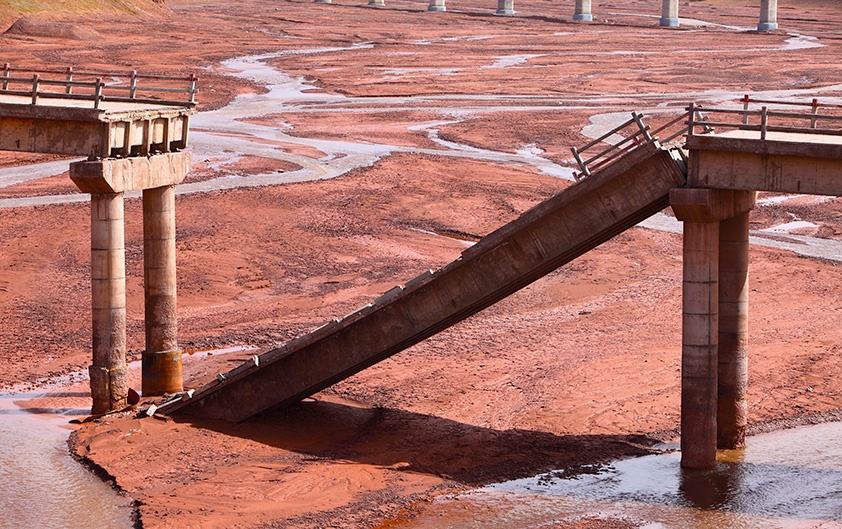 In 2014, US venture capitalists invested $48.3 billion in 4,356 deals – a 61% increase in dollars and a 4% increase in the number of deals over 2013. Internet-specific companies captured almost a quarter of those total investments.[1] Even as we enjoy an age of unprecedented technological innovation, the American infrastructure is crumbling.

The US interstate highway system has reached crisis state – due to varying levels of disrepair and congestion on major urban highways that is estimated to cost the economy close to $101 billion a year in wasted time and fuel.[2] It would take $170 billion in yearly investment to make measurable improvements.[3]

In no way should we cease the pace or level of scientific innovation. Yet when we compare the level of focus associated with new developments and the level of need associated with our infrastructure, it becomes apparent that we are merely chipping away at holes and putting band-aids on major issues.

We’re looking at more development and population numbers, particularly in cities. Population increased by 12.1% between 2000 and 2010, outpacing the overall 9.7% growth rate. That density has transformed more than 80% of populated regions into ‘urban areas,’ putting additional stress on already overtaxed infrastructure. One major implication of this growth is that we can no longer be content with incremental improvements.

Exponential change in our focus and our actions is needed now. The current situation poses the question of what might happen if we were to put the level of innovation and focus on the fundamental basics of the American infrastructure as we layer new technology on top of it. As we consider how to merge existing and new innovation, it becomes clear that we must remain focused on producing a healthier, more sustainable infrastructure capable of supporting and connecting a technology driven and enabled urban design. 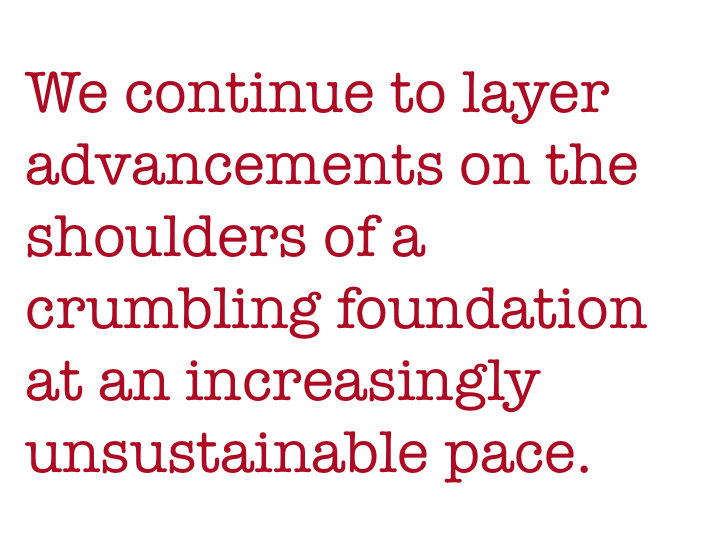 We must let go of our biases and embrace potentially ‘disruptive’ recommendations, approaches and ideas on restoring the balance between technological or design advancements and a restoration of the foundation itself. Previously unconsidered partnerships, collaborative efforts, and innovative approaches are beginning to take shape and work well, and the common denominators are those who are unafraid to start the innovative process with the acceptance that they don’t have all the answers.

There is no easy solution to striking a balance between infrastructure demands and technological development. A clear way to drive progress is to create space for both structured processes and disruptive innovation to set a course that can help us to get smarter faster and make critical decisions today with an eye towards the future.

We need to expand the focus of innovation beyond technology and start to examine the models through which we can secure funding for critical projects and investments in our infrastructure. It is time to focus efforts on developing Public Private Partnerships (P3) that can broadly increase the value and outcomes generated by investments in R&D across the infrastructure spectrum. Bridging the ‘sector gap’ and breaking down historical barriers to focus efforts on driving rapid outcomes will help us reach exponential $1 + $1 = $3 (or more) results from the investments. Harnessing the benefits of different perspectives and approaches, and letting go of yesterday’s biases will lay the foundation for true transformation.

Toffler Associates sees the challenge to understand, plan and adapt the city of the future as a great opportunity to bring together disparate perspectives and expertise. Working together, innovators, disruptors, civic leaders, designers and others can overcome existing biases and address questions vital to creating a plan for strengthening the foundation upon which the innovation of tomorrow can thrive.

The US structural foundation is not the only area where this cross-segment innovation approach could be a source of the answers we need. As we consider other critical segments of American society, like education or consumer banking, how can we bring together varied perspectives to rethink the future?

It’s time to rethink our models for building a stronger infrastructure to support the future of innovation.

[1] MoneyTree™ Report by PricewaterhouseCoopers LLP (PwC) and the National Venture Capital Association (NVCA), based on data from Thomson Reuters