Facing Conflict and Opportunity in the Pursuit of Space 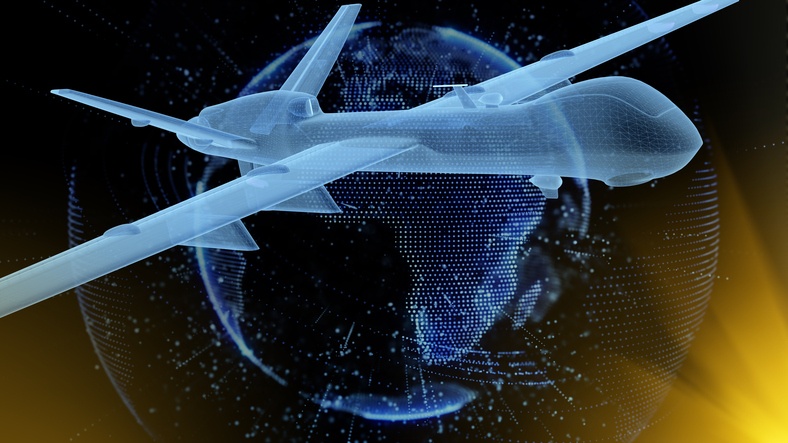 Throughout history, territorial and commercial tensions have been cause for battles. Looking further back in history, much of that conflict was armed – such as during the Punic Wars (264 B.C. to 146 B.C.), when the Roman Republic waged war with Carthage because of trade inferiority. Modern history sees a less violent, but no less dangerous, form of conflict.

On July 6, 2018, the Trump administration launched a trade tax campaign against China, imposing $34 billion worth of tariffs on Chinese goods. As a retaliatory measure, China enacted its own tariffs on American goods, valued at the same monetary amount. Across most of the news sources, these actions are being described as a “Trade War.” China’s action is described with conflict-like language, such as “counterattack.”

The tariff is a sign that the U.S. increasingly feels inferior to China, which continues to invest in and cultivate their political, economic, and military capabilities. For example, Tencent, the largest Chinese social network company is moving China toward a position as the global authority in artificial intelligence. Under the auspice of their 2050 plan to become the leading global power, China is building a strategic advantage over other countries – the U.S. in particular.

China is also outpacing other countries in space. In 2007, the country launched an anti-satellite missile from the Xichang Satellite Launch Center that destroyed a weather satellite into thousands of small pieces of debris. Building on the success of this kill vehicle launch, China has continued to build an arsenal of advanced technology that secures its offensive military strategic advantage. In 2015, they announced the creation of a Strategic Support Force, (the equivalent of our newly announced Space Force),which provides a foundation for future conflict across all domains – air, land, sea, cyber, and space.

That seemingly inevitable conflict in space is our central consideration. Although there is the 1967 United Nations Outer Space Treaty that calls for the peaceful use of space, given the lackadaisical approach to how treaties are honored, it’s not unlikely to expect to see conflict disturbing the sanctity of space. The envisioned $1.1 trillion space economy is laced with opportunity for wealth creation and rife with risk.

Governments and commercial participants must continue to invest in and create space-based applications. As they do, however, they must be prepared for rising geopolitical and military tensions that could launch a conflict (or war) between rival nation states or companies into orbit.

The first question is in what way could conflict in space impact us on earth.

To answer that question, it’s important to understand how we depend on space. Space infrastructure is increasingly integrated, interconnected, interdependent, and integral to our terrestrial livelihood and the global economy. Space-based systems that observe how humans transport, consume, and trade goods are floating sources of raw data that serve as alternatives to driving business and military intelligence.

The next consideration is how that progress – and potential conflict – will happen.

Every year, space becomes more accessible through advances like the miniaturization of satellites, shrinking launch costs, and advanced technologies, such as big data analysis, machine learning, and Artificial Intelligence. We expect that the Internet of space and investment in broadband and communication infrastructure (courtesy of OneWeb, O3b/SES, SpaceX, and project Radiant Earth) will drive even more advances. These innovations will open opportunities for business, academic, government, commercial and disadvantaged user communities to conduct scientific climate analysis, better predict and navigate weather, evaluate market dynamics, combat illicit trafficking of natural resources; or receive education, financial and healthcare, helping them to rise above the “bottom billion” moniker.

Then we consider the consequences.

An attack on any one of the space-based systems that enable these critical and ubiquitous services would deny us the ability to function normally. Whether an attack took the form of a coordinated GPS jamming (or spoofing), a “slight” collision that bumps a key satellite off its orbital trajectory, a ballistic missile launched from earth to Low-Earth Orbit, or a ransomware attack on a critical ground station’s computer system that handles a satellite constellation, life as we know it would be severely interrupted. Business transactions would be disrupted, Internet speed and usage would deteriorate, and we would almost certainly lose the ability to monitor the transportation of commercial goods and services, not to mention our military ground, sea, and air operations would be impacted.

The rhetoric about space as a warfighter’s domain has always existed, albeit in a covert manner. That certainly isn’t the case today. The aggressive conversations from U.S. military leaders and politicians are regular headlines. Perhaps the talk is part of a strategic deterrence campaign. Nevertheless, space has become congested, competitive, and contested and we’re only in the beginning. Besides the U.S., China, and Russia, several other nations including Iran, India, Turkey, Israel, South Korea, Australia, and the United Arab Emirates are designing and operationalizing space strategies that would extract and create value for their citizens and industries.

In this environment of escalating geopolitical tension around the occupancy and use of space, business leaders and citizens must work intentionally to secure resiliency. As has been true throughout history, creating a position to pursue opportunities in new frontiers while remaining on the offensive requires intentional understanding and planning. Here are a few vital considerations for leaders facing this responsibility:

1.  Understand how dependent your business operations are on space.
Conduct a “space inventory” analysis to advance your awareness and conversance. Commission a team to evaluate what space-based service(s) your business relies on, and how reliant you, your workforce, and your consumers are on them.

As we understand how genuinely reliant we are on space, incorporate different conflict-driven scenarios into your enterprise risk planning. Adding this consideration to your strategy sessions will better position you to understand your capacity to respond in the event of a kinetic or non-kinetic attack (intentional or non-intentional) on a space-based system.

Industry groups that have consistent touch points with the government provide excellent opportunities to          engage with industry mates about shared challenges. They also offer a forum through which to encourage          the government to enable space protection through regulation, investment in research and development,            and diplomacy to sustain the sanctuary of space.

The National Intelligence Council 2017 Global Trends Report states, “we are living in a paradox: [t]he achievements of the industrial and information ages are shaping a world to come that is both more dangerous and richer with opportunity than ever before.” We are worlds away from the face-to-face battles of the Punic Wars, yet still so vulnerable to the conflicts caused by perceived territorial inequities.

Space is becoming ever more competitive, congested, and contested. For those countries (like China and the U.S.) and companies striving to claim their stake, an unprecedented opportunity exists to learn from history as we move toward the convergence of space and terrestrial frontiers. It behooves us as leaders and individuals to take steps to ensure progress results in opportunity, rather than a feeling of inferiority and acts of war.

It’s time to prepare your entity for opportunity in the competitive, congested, and contested space frontier. 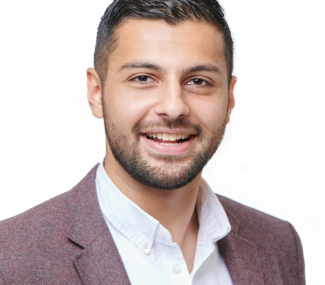 Masseh Tahiry brings a fresh set of experiences from the commercial, public, and non-profit sectors. He has leveraged those experiences to guide public and commercial organizations to explore the dynamics of the current and future operating environments across related and unrelated domains, industries, and markets – uncovering blind spots, developing strategies to capitalize on opportunities and mitigating risk across their supply chains. More specifically, Masseh operates within the cyber risk, fintech, and space-based technology arenas to illuminate and communicate the interdependencies and impacts of critical infrastructure risks to organizations, their workforce, and consumers. Masseh holds an MA in international commerce and policy, with a concentration in complex transnational threats.
Read More Posts By Masseh