How Can Blockchain Help You Create and Protect Value? 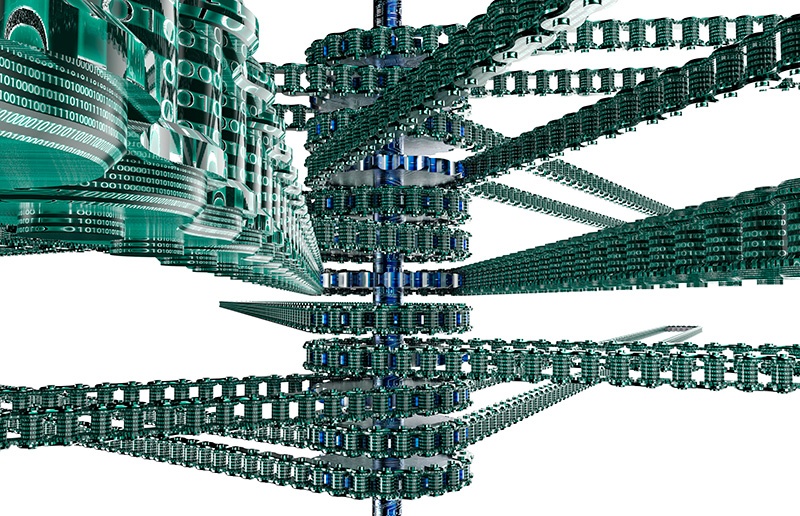 “Blockchain Technology is a disruptive platform designed to facilitate the exchange of value.”

Blockchain isn’t a far off dream or a wild idea. It is here. While it might not yet be disrupting your industry or organization, it’s not a question of if it will. It’s a question of when. In Blockchain, we have an example of how the process of understand, plan, and adapt produces new opportunities for value, and of the challenges of exploring potentially disruptive technology.

It’s important to note that Blockchain has only been around since 2008. To put the speed of adoption into context, consider that it took about a decade for nascent technology concepts like TCP/IP to really take hold. As with most new concepts, technologies, or processes, Blockchain isn’t without controversy. Critics point to challenges around regulation, scalability, interoperability, and the rise of private Blockchains, which present risks due to decreased transparency. Active discussions are taking place about the potential of Blockchain to transform procurement, contracting, healthcare, supply chain, and even state and national elections.

A discussion about Blockchain is couched in our willingness and ability to embrace change, adapt perceptions of control, and relinquish a fear of the new.

As these new technologies emerge, they are changing the role of human capital and the processes involved in the exchange of data. Despite the fear that may engender, technology is less as a threat to the workforce, humanity, and control, and more of enabler, helping us create more value. This relationship between humans and technology will only grow in complexity. Organizations and the workforce must seek to understand how to take advantage of new technology and how to empower employees to create or increase value. The best way for organizations to create resiliency is to understand those changes, adapt to them, and engage in a process of anticipating the shape of disruption going forward.

Understand: What is Blockchain?

The most common definition of Blockchain attributes it as the backbone of Bitcoin. As such, it’s been contextualized as a disruptor to financial technology. We’ve already noted that its potential applicability and impact extend far beyond the financial realm.

A Blockchain is defined as a ‘distributed ledger database that uses a cryptographic network to provide a single source of truth.’ It is a ‘trust protocol’ that allows parties with common interests to co-create a permanent and transparent record of exchange and processing that can exist separate from a central (human) authority.[1] The ledger is comprised of a series of ‘blocks’ designed to be more resilient from tampering than centralized or decentralized ledgers.

Open (public) Blockchains offer a high degree of transparency because each block is time stamped and can be viewed by anyone, leveraging the power of the network and radical transparency to decrease fraudulent activity. The structure makes the system incredibly difficult to corrupt due to a lack of centralization and the verification of all transactions against copies of the ledger on all systems in the network.

Understand: How does Blockchain work?

This vast, global distributed ledger runs on millions of devices. It is open to anyone. Anything of value – information, money, titles, deeds, music, art, scientific discoveries, intellectual property, even votes – can be moved and stored securely and privately. On the Blockchain, trust is established through mass collaboration and code rather than by the influence of intermediaries (e.g., banks, governments, or technology companies). Blockchain ensures integrity and trust between strangers because they are so difficult to cheat.

Yet completely trusting code presents risk (e.g., the DAO hack). Blockchain still lacks maturity in critical areas (scalability and governance, interoperability, flexibility, and at times speed). And we continue to face challenges with humans or organizations compromising their own access keys. Discussions around corrupting Blockchain focus mainly on the need for quantum computing capability (not widely accessible) and on taking advantage of traditional human error.

Quantum computing capability will be addressed as the code evolves. But the system will have to reckon with human error. If you steal on Blockchain, it is exceptionally difficult to move the stolen assets because the ledger recognizes them (e.g., the DAO hack) and creates a situation akin to when valuable art is stolen – stealing a work like the Mona Lisa is one thing; moving and selling it is another entirely. The system is designed to increase trust through transparency. Its distributed nature makes it virtually impossible to hide transactions or goods.

Plan: What can it do for you?

What if we could streamline procurement and combat error and corruption, secure sensitive data, and provide a secure means by which individuals could vote? These are just a few examples of the potential of Blockchain applications.

Blockchain creates value through decentralization, disintermediation, speed, automation, and certainty. It ushers opportunity via efficiencies, risk mitigation, and lower human capital cost, enabling you to do more with what you have.

Consider what is possible if we can get past the fear of letting go of control and embrace the progress promised by a disruptive element. Instead of fighting new technology, we have to embrace change and seek to understand it. We’re already seeing the potential fulfilled. IBM and Walmart have partnered to put Chinese pork on a Blockchain to drive clarity across a historically challenged supply chain.[3] Both nations and startups are exploring how to leverage Blockchain to combat cybersecurity issues with polling and voting operations.[4] The Smart Contract Alliance is considering how the technology could transform aspects of contracting including contract management, selection, and disbursements. And starting in December 2016, Overstock will trade Blockchain-based stock.[5]

Adapt: How can we extend the concept and functionality of technologies like Blockchain?

Blockchain promises to erase milestones specific to process chains, regardless of the industry. It can drive progress virtually anywhere a decentralized, distributed network enables data exchange, and through which transparency and records are vital to the success of the outcome.

This is not to say that the technology will replace the human role in process chains. In virtually every industry, Blockchain can enable the human workforce to create value. For example:

Unlike the Internet, which has a sophisticated governance ecosystem, Blockchain is still nascent and lacking in centralized oversight. Governance is the biggest hurdle to adoption, followed closely by widespread reticence to adoption due to a lack of understanding. In this way, Blockchain is much like many technology innovations of our age – one more Knowledge Age ‘shock’ that is evident yet not widely understood. On the surface, it appears to risk the indispensability of human knowledge workers. It engages network connections that are highly diplomatic, but conceptually foreign to most users.

Yet its uptake is inevitable, as is its impact. Organizations need to take the time to understand the potential risks and opportunities created by this technology and plan how you will adapt to create new value. Increasingly, this is the choice – we can adopt and adapt in order to improve our human capacity to function and progress, or we can fight technology to create the same level of value we’re providing now.

It’s time to understand and explore Blockchain as a means to enhance our human and organizational capabilities.

[1] The Opportunities, Implications and Challenges of Blockchain in Financial Services, Citi, June 2016

[2] The Impact of the Blockchain Goes Beyond Financial Services, HBR, May 2016

[3] Walmart and IBM Are Partnering to Put Chinese Pork on a Blockchain, Fortune Magazine, October 2016