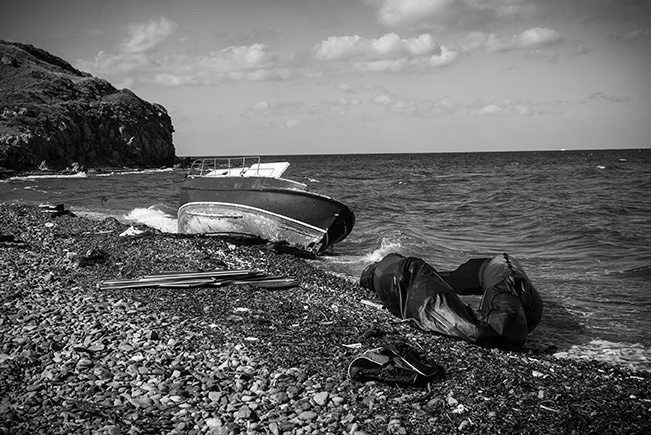 Hyperconnectivity, the broadening and strengthening network that is rapidly encompassing every human on the planet, has been a driving force of globalization. This spread has played a necessary role in linking machines, objects and people, enabling greater levels of collaboration, and opening the boundaries between markets and economies. Yet it also has brought about unintended consequences.

Across the world, enterprise and government leaders are challenged to create and sustain progress in an environment that is increasingly complicated to understand, plan for, and adapt to. The very thing that broke down boundaries and pulled societies, economies, businesses, governments, and people into a shared global playing field has continued to evolve. This new state has produced new ‘hyper-polar’ opportunities, struggles for ownership, and demand for shared resources and responsibilities.

It’s been said that to every action, there is a reaction. What we are seeing and feeling as we try to thrive in the Third Wave are unintended consequences of hyper connectivity. One of the most notable is geopolitical uncertainty. In fact, three-quarters of today’s CEOs say it is one of their top two concerns. They view terror attacks, social instability, and cyber risk as major factors shaping the global marketplace. And at the center of many of these complexities and threats is our greatest shared global resource  – water.

Water as a ‘Weapon of War’

Multiple sources including the Smithsonian, United Nations, Red Cross, and World Bank cite the widespread water shortage as the root cause of crisis, human migration, and violence. We’re seeing the terrifying reality of water being used as a “weapon of war” play out in Syria, where the city of Aleppo is divided between a government-controlled west and rebel-held east, and both sides have been able to deprive the other of water – creating a state of “catastrophe” for civilians who are forced to leave in order to survive. In communities like Aleppo and in others across the globe, the race to control water is a source of competition that is dangerous for people, businesses, economies, and societies at large.

What makes water such a geopolitical security issue is its role in other major factors. Water shortages are both caused by and create climate issues that lead to agricultural failures and food scarcities. Where farms fail and the environment becomes degraded, migration and urbanization begin to reshape the population. New resources are needed, social norms change, economic footholds change, and instability flares among individuals, native and new cultures, corporations, and governments.

One of our most elemental infrastructures has become a source of worldwide geopolitical conflict. As recent CEO surveys indicate, the situation is dire and pressing. We’ve reached the point where two interlocking priorities must claim our focus. The first is national security and sovereignty, and the second is building shared responsibility for creating solutions. Both inform the other.  We know that competition for water access, climate issues, pollution, poor water management and regulation, urbanization and aging foundations have contributed to the crisis. We know that the crisis creates conflict. What we must do now is put a focus on an outcome of improving national security by building the resources to fix – then avoid – the issues that are stifling necessary progress and igniting conflicts.

The solutions are complicated and evolutionary. Yet, we know that shared responsibility and coordinated action between businesses, individuals, NGOs, and governments can mitigate major issues. Within safe, collaborative forums, leaders from across the globe are actively sharing their perspectives on the current and potential future water issue. That understanding is the first step in building a foundation upon which vital processes, innovations, organizations, and regulations can work to solve the fundamental causes of unrest. The next step is to collaborate on solving the problem. This will mean putting aside competition and overcoming biases, beliefs, and inertia to allow the strengthens and experiences of organizations to work together to seek solutions. The good news is that organizations like The Water Council headquartered in Milwaukee, Wisconsin already are succeeding in bringing constituents together to address these issues.

What we need to create a safer world is more deliberate, collaborative efforts to understand and explore known consequences as well as the possible unintended consequences of our decisions. We need to create collective plans that bring forward the resources and experiences residing in individual organizations to solve today’s problems and address the future’s increasing interdependencies. And we need to adapt – as a connected global community – to a changing planet.

It’s time to take a deeper look at the elemental causes of security threats.