The Social Impact of Demassification and Desynchronization 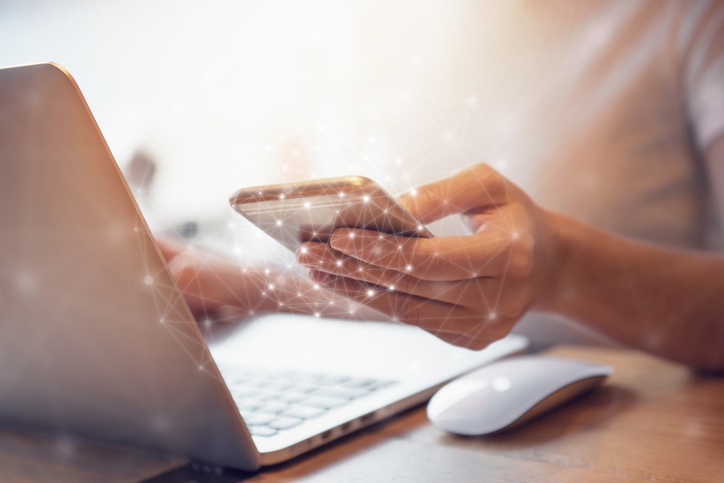 As a whole, modern society is more multifaceted, divisive, connected, and vocal than ever before in history. Two major forces enable this current reality: a rapid rate of change and massive personalization of products and services. The confluence of these two factors is evidence of the Knowledge Era.  Change is happening constantly, yet governments, industries, companies, and people embrace (and adapt to) change at varying rates. This difference in rates of change is called desynchronization. Times marked by desynchronization tend to produce great innovation and creativity – as well as great conflict and turmoil. Compounding the opportunities and challenges, our Knowledge Era is also characterized by demassification – products and services produced in large quantities, but individually tailored for niche groups, people, and special interests.

Where this convergence of desynchronization and demassification becomes particularly interesting (and challenging) is where information becomes the commodity being personalized and disseminated at varying paces.

The Rise of Fake News

“Fake news” is on the short list of new 2017 Collins Dictionary Words of the Year. The publication defines it as the ‘false, often sensational, information disseminated under the guise of news reporting.’ The organization chose it because it has become a battle cry and a dangerous reality. In its annual survey of Americans’ trust and confidence in the mass media “to report the news fully, accurately and fairly,” Gallup revealed that only 32% of respondents have a “great deal” or “fair amount” of trust in the media. That percentage, echoed by other polling organizations’ findings, is 8% lower than it was in 2016 – and is the lowest level in Gallup polling history.

We’re in a golden era of free speech in the U.S. Most individuals have access to many different types of information and the freedom and channels through which we can tailor it (demassify) to any audience or need of our choosing. Freedom of speech is evolving at such a rapid pace that traditional news sources and fact-checkers have lost the ability to certify whether the information and news we receive is factual or fake, created by some person or entity to sway opinion or perspective. It comes as little surprise that the situation is “contributing to the undermining of society’s trust in news reporting.”[2]

Even as entities like Niemen Lab and the Reynolds Institute put effort and funds toward repairing the declining public trust in media, open communication platforms (e.g., Twitter or Reddit) enable individuals and organizations to freely disseminate information and opinions – without pausing for confirmation of veracity.

The sheer volume and cacophony position these channels to make as much (or more) impact on the spread of information as traditional, mainstream media. It’s a Pandora’s Box opened and given a megaphone – the observations and opinions of huge numbers of individuals spread in a way that’s largely uncontrollable for government, private organizations, fact-checkers, or the media.

Despite their best efforts, government and traditional media can’t keep up with the rate of change in the public conversation, even though they keep trying. Thousands of stories make it into the public discourse every day – much of it rife with fake or incorrect information. It feeds the suspicion about fake news, the cycle of discord, and the distrust of the media.

The consequences of a prevailing distrust of mainstream media include theories and divisiveness spread by individuals and organizations across a host of media and social platforms. They include the breakdown and formation of groups and belief systems. We have yet to see the long-term impact of this undercurrent of disbelief and distrust, but spotting the day-to-day effects is as simple as turning on a news channel or Twitter feed.

We know the situation. We understand the causes. What’s the solution?

We’ve established that no effective method currently exists to pre-vet and prove the accuracy of all the information disseminated through traditional news sources. Human fact-checkers have been unable to control the tide of misinformation and individuals are unlikely to stop sharing opinions as fact. The pace of information demassification isn’t likely to subside. The situation demands structure and objectivity – and that demand points to technology.

Fact-checking approaches and technologies to address false information are not new, nor are they insufficient. Nonetheless, the need for a much more robust capability is evident. Most fact-checking is pushed from the journalism and traditional news industry, which is slow and methodological relative to the unfettered pace of public discourse.

The financial sector offers a superb model for how technology could restore trust and protect the news media. Banks and other financial institutions have adopted blockchain, Artificial Intelligence (AI), and related technologies to validate, secure, and employ sensitive data to build an ongoing ledger. What if we were to shift from advanced human-driven fact-checking to a technology-driven system that can process massive amounts of facts without bias?

Blockchain technologies rely on demassified data, which is gathered and stored across thousands of locations, making it nearly impossible for any one person or entity to control it. AI can assist in pattern recognition to confirm the trustworthiness of a source. Combining these technologies could enable media to validate news and related information rapidly and confidently.

Stepping Up to the Charge

Developing and employing technologies to validate news data is potentially a highly prosperous and unique opportunity. Any entity able to confirm in real-time (or near real-time) that information is factual, applicable to a broad audience, and unbiased stands to restore trust in mass media communications.

Antithetical to social media-driven public information sharing, a centralized, data-driven, technologically objective source of factual information might alleviate discord and encourage thoughtful, productive discourse about how to work together to meet the needs of every individual.

It’s time to secure the legitimacy of every voice.

Want more of our expert, future-focused insight delivered straight to your inbox?