An Industry Out of Balance: Wine and Climate Change

How Are Vineyards Adapting to a Warming World?
Jennifer Karppinen, 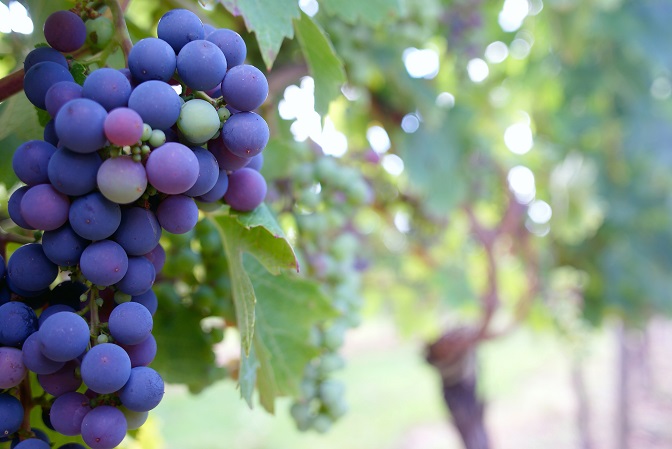 When you hear about the impacts of climate change, your mind probably doesn’t jump to wine — but maybe it should. The reality is, by the end of the decade, some regions famous for specific varietals may no longer be suited to grow those grapes they’ve come to be known for. The most popular varieties of wine grapes typically grow best in narrow climates, but we are already experiencing tangible changes to growing seasons across wine regions.

In 2021, France, heavily impacted by a late frost, saw its smallest harvest since 1957. It wasn’t alone: Italy and Spain also struggled with lower yields. The 2022 harvest appears to be larger but may have set records in some areas for the earliest start. While it’s too soon to know, some of these early harvests could mean a vintage with less complexity.

Weather heavily impacts wine. Warm temperatures too early in the season put emerging buds at risk for damage from late spring frosts. Hotter temperatures accelerate ripening and sugar levels, which can throw off the balance of wines. When grapes are harvested early to retain acidity and cap rising sugar levels, they don’t have time to develop compounds that characterize the wine. Wait too long, however, and you can end up with a high-alcohol wine that lacks acidity.

The effects of climate change on the wine-producing industry may already be apparent in some regions, but the industry may face even more change over the next decade. Highly traditional wine regions like Burgundy and Bordeaux are beginning to open – ever so measuredly – to modifying traditions. Since the 1950s, the French National Institute of Origin and Quality (INAO) has tightly restricted which grapes can be grown in each region along with dictating specific methods for viticulture and production. So, the INAO opening the door to new varieties better adapted to warmer weather signals a clear industry shift. They’re not alone. Vineyards across the globe are experimenting with various strategies to mitigate changes in growing seasons.

Rootstock was introduced to European vineyards in the late 1800s after the phylloxera aphid destroyed 40% of vines across southern and central France. Phylloxera continued to spread across Europe, threatening the future of European wine production. To limit further damage, rootstock from North American vines was introduced, which gave the grafted vines partial resistance to the pest.

Rootstock is commonly used today to provide vines with greater drought tolerance and resistance to disease and pests. While it’s not expected to vastly shift the characteristics of the fruit, it does influence growth and yield and plays a part in pH, color, and tannins. As some wine regions explore new rootstocks that are more adaptive to rising temperatures, a great deal of experimentation will be needed to optimize the rootstock for the varietal. The wrong pairing could vastly impact berry quality despite improving yields.

In contrast, boutique winery Liber Pater in France works with original rootstock of native Bordeaux varietals. Owner Loic Pasquet believes that this may be partly why the winery has faced less impact from climate trends. Native varietals may be better able to respond to warming temperatures and drier soil conditions with deeper root systems. We don’t yet have a clear verdict on which direction to take with rootstock, but it will likely factor into the continued success of popular grapes across regions for the next decade and beyond.

Terroir has been defined as the notion that a place, including its climate, soil, and the vine itself, cultivates unique characteristics in ripening grapes. Terroir has long been held as the defining characteristic of wines. But what happens if that terroir is no longer recognizable? Does a Bordeaux blend where merlot plays a much smaller part due to dwindling yields still reflect the style that people are accustomed to? Will newly introduced varieties in the region shift the profile enough to trip up a master sommelier? What about a cabernet from Carneros when pinot becomes out of reach? What happens to Napa Valley – a region that is often defined by its cabs – if, as some predict, that variety loses its dominance over the next decades?

Wine regions have already experienced changes. In the 1950s, Burgundy was a cooler climate with average temperatures that fell on the lower end of pinot’s climate niche. Today, average temperatures in Burgundy fall closer to pinot’s midrange, developing wines described as fragrant, medium-bodied, and with higher acidity. Now, imagine Burgundy in 2050, when some conservative estimates place this region on the upper end of the pinot range. Formerly subtle pinots may be fuller-bodied with rich black fruit notes and higher alcohol, maybe as high as 15% without interventions like specialized yeast strains. The style of these pinots could be more like pinots produced in relatively warmer regions like the Russian River Valley, which currently sits on the higher end of pinot’s climate niche. By the end of the century, the heyday of pinot in Burgundy could be on the decline while Russian River Valley vineyards might be devoting much more acreage to cabernet.

Changing climate isn’t only impacting well-known growing regions. It’s also creating an opportunity for cooler regions that struggled in the past to ripen grapes. Sparkling wine from the UK? As temperatures there increase, production is becoming more consistent, and quality is improving. Would you buy a rosé from Michigan? Wines produced in this little-known region are starting to garner more attention. Other producers are moving to higher ground. Higher altitude sites receive less intense heat and provide the variation in temperatures from day to night that slows sugar development and gives grapes time to develop complex flavors and aromas while retaining acidity.

Just as impactful as the weather are customer preferences. Sonoma County vineyard Medlock Ames has begun to shift away from sauvignon blanc and toward malbec as its temperatures warm, but will its customers follow? In Napa Valley, Larkmead expects to discontinue its popular merlot blend because conditions are turning less favorable for that grape. It’s a story that may become more common as wine producers shift the flavor profiles of their wines to adjust to the realities of the harvests. And while vineyards will find varietals that perform better, it’s not clear how customers will adapt to those changes.

Larkmead has started experimenting with varieties like Aglianico (Southern Italy), Tempranillo (Northern Spain), Touriga Nacional (Portugal), and Shiraz (Australia). While Shiraz and Tempranillo may be more familiar, many varieties that thrive in heat may not be well-known by typical Napa wine enthusiasts. This could increase the cost of education by wineries hoping to popularize them here, potentially a tough sell in the face of shifting demographics with younger generations that may not share the same love of wine as Baby Boomers.

The industry may be helped by some emerging signals indicating that younger consumers may lead with health-oriented decisions around wine, developing preferences for wines that are lower in sugar and alcohol over a focus on specific varietals. During the pandemic, purchase patterns around sustainability also shifted in prevalence. Nielsen data showed off-premise sales of organic and biodynamic wines surged from 2017 to 2021. For most wine consumers, preferences change over time. The overall combined effect may lead consumers to seek out climate-friendly practices and adapt tastes that align with their values.

Wine may not be an obvious focus when considering climate impacts, but for an industry expected to reach $528.7 billion globally by 2025, these changes could result in significant swings to regional and national economies. The California Association of Winegrape Growers estimated that the economic impact of California-produced wine on the state economy alone was $57.6 billion in 2015. Far from just creating jobs directly involved with production, the wine industry attracts tourists that bolster spending in restaurants and hotels. Climate change is also impacting insurers who are paying out claims on crop losses due to frost damage and wildfires. And while US consumers have been mostly shielded from experiencing the brunt of climate impacts on agricultural production, we may get a taste of it over the next decades with shifting wine profiles and rising costs if yields of popular varieties decline in sought-after regions.

Fighting Back with Tech

As with many industries, wine producers are exploring the use of artificial intelligence in their operations. Combined with sensors and computer vision, algorithms can detect water and heat stress, improve yield, and warn of infection. Drones easily assess each vine, row by row, so that interventions are more targeted. This also means harvest decisions can be made for sub-sections of the vineyard based on microclimate, optimizing the ripening of grapes. Winemaker Bollinger is even using deep learning models to predict how various conditions and timing of events during the growing season are likely to impact the quality of the fruit and the resulting wine. It’s one more piece of data that wine producers can incorporate into decision-making to offset some of the growing uncertainty of climate change.

While many vineyards are still holding onto the tradition of the manual harvest, they are struggling with labor shortages and the increased risk to workers from smoke and heat stress. Night harvests and halting harvests once temperatures rise to 95 degrees Fahrenheit can offset some of that risk, but more of the industry is turning to machines. Automation can reduce the need for labor to maintain vines during the growing season and could eventually make vineyards more responsive to emerging situations around harvests like approaching fires or pending weather. As more vineyards adopt machines, UC Davis has worked to adapt trellis systems for this new reality. These new systems offer lower installation costs and improved climate resistance while making it easier for the machines to pick the fruit.

Winemakers like Paula Kornell of Paula Kornell Sparkling Wines in Napa Valley are experiencing firsthand the shorter and hotter growing seasons. Kornell noted that anxiety is growing around the unpredictable and much earlier timing of harvests given the multi-year drought and excessive heat — although, she notes, the impact has not been as significant for sparkling wine producers as it has been for those growing red varietals. But not everyone agrees with the level of concern. Alycia Mondavi, CEO of the Mondavi Sisters’ Collection, sees the changes as part of a ten-year cycle –– a cycle that her grandfather tracked closely over half a century while growing one of the biggest wineries in Napa Valley. Mondavi is maintaining course and focusing on geographical diversification in the collection’s portfolio of wines, not straying from the Bordeaux varietals they are growing above the fog line on Howell Mountain.

The wine industry has been built on the long view. It has little choice when new vines could take years to produce and investments are based on a decades-long horizon. But that doesn’t mean it shares a single forecast or strategy. Vineyards and wineries may see some of the same signals but envision a completely different set of scenarios. Some of the changes we are seeing today may reflect the conservative nature of leaders in an industry built on tradition — a bit of insurance, just in case. Others interpret the signals through the lens of historical trends and take a different tack. Foresight has been described as the art of the long view. There may be no better example of that “art” than the responses of vineyards and wine producers as they face the impacts of climate change. 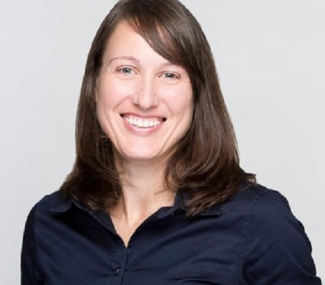 <p class="Body">Jennifer Karppinen is experienced in helping leaders navigate uncertainty at the intersection of technology and business. With a background in systems thinking, strategic intelligence, and experience design, she has advised clients in energy, retail, media and telecommunications, health care, and financial services. Jennifer holds an MBA from Emory University’s Goizueta Business School and a B.S. in Mechanical Engineering from North Carolina State University.</p>
Learn More About Jennifer Read More Posts By Jennifer