The Future of Voting: A Technology and a People Problem 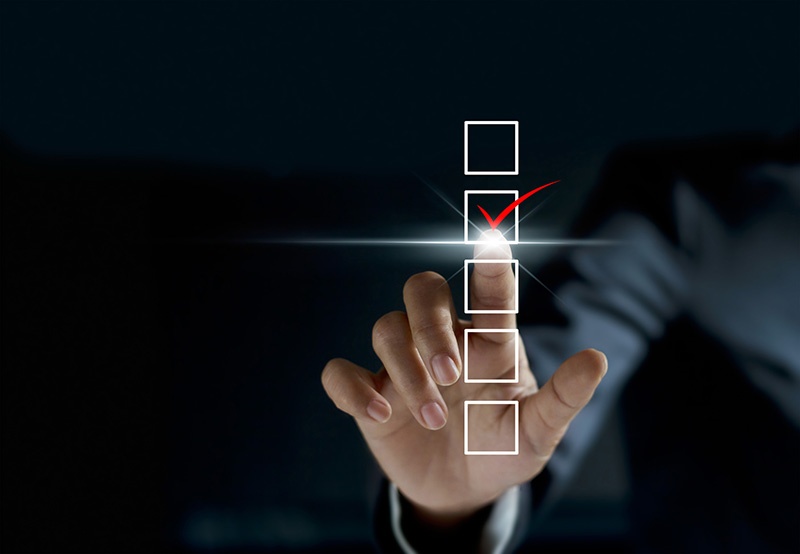 The 2016 elections delivered a number of bombshells. The one top of mind for most Americans is the unexpected presidential victory for Donald Trump. (To review, just prior to the November 8 election, national polling data showed Democrats at 272, Republicans 214[1] – with Clinton’s chance of winning at 71.4% over Trump’s 28.6%.[2])

The second bombshell is the foreign interference and manipulation of our election process. While the vulnerability of voting machines has long been a concern, the pervasiveness of the Russian disruption across the entire election system delivered “shock and awe.”

Third, despite the stark contrast between the two national presidential candidates, overall voter turnout dropped from 2008 when control of the White House offered similar stark choices on each end of the spectrum. While the perennial issue of turnout is not a bombshell per say, the United States trails most developed countries in this critical measure. According to the Elections Performance Index (EPI), a few important improvements were put in place between 2008 and 2016, including more information for voters, shorter wait times in polling centers, and more stringent post-election follow up.[3] Ironically, it’s in the face of those efforts that the problem becomes even more evident. A recent Pew Research Center report highlights the fact that 56 % of U.S. voting age population turned out to vote in 2016. Put another way – almost half of eligible Americans opted out of one of our most fundamental democratic rights.

This staggering reality is made even more shameful in comparison to other countries in the Organization for Economic Cooperation and Development (OECD), most of whose members are highly developed, democratic states. The 56% turnout reported by Pew Research Center puts the U.S. behind most of our peer countries. The disparity raises a few questions, most central being why (we are behind) and how (other countries get its citizens to the polls).

Consider that Belgium and Australia share some the highest turnout for national elections. They are among 24 nations around the world (six in the OECD) that have some form of compulsory voting. Some countries, like Sweden and Germany, automatically register voters once they reach voting age. While that tactic brings up the numbers, it may not work well to make sure those voters are eligible in other – perhaps more important – ways than just age.

Pushing for Technical and Human Change

The comparison raises the question of what is our responsibility to find, target, and vet qualified voters and encourage them to participate in our fundamental democratic right. At the risk of oversimplifying, what may work best is to invite, inform, and incentivize them. And what is the role of the leaders of our democratic institutions, the very ones that benefit from American citizens being able to vote and in theory are accountable to them?

Provided we make the proper improvements to our voting and elections infrastructures; there’s hope that the tide may turn. The most recent annual National Society for High School Scholars (NSHSS) 2018 Career Interest Survey shows that Gen Z (high school through recent college graduates) is aware of current events, vocal about change, and active as volunteers.  In fact, 93% said that they give their time in some capacity, ranging from helping family and friends, participating in organized events, and donating time to a cause.  Moreover, they are incredibly intentional – 82% cite “educating myself” as an essential part of their dedication to improving the American way of life.

Along with seeing hopeful trends among the young members of the voting population, we see states working to raise the numbers. Rather than instituting compulsory registration, North Dakota, for example, provides what constitutes an open invitation to eligible voters. The state does not require voters to register before Election Day. [4] Instead, citizens who bring acceptable proof of identification and residency to the polls are allowed to vote.

You don’t have to look far to see the potential in this model. The NSHSS survey shows high voter registration among eligible young people – among U.S. adults between the ages of 18 and 22, 77% are registered to vote and 71% of them plan to vote in the midterms. Another 96% plan to vote in the next presidential election. Perhaps even more promising, 35% of high schoolers who will reach voting age by the 2018 midterm elections or 2020 presidential elections say they are pre-registered or plan to register to vote so they can participate.[5]

Even though it’s likely that the current trajectory of election infrastructure will not result in systemic improvements by 2020 (or even 2024), we have every reason to act now. Continuing to kick the can down the road is a disservice to our democracy and our founding fathers. We have evidence that our voting population is optimistic, equipped to educate themselves and others, and desirous for change. What will it take to fuel that promise? In some cases, mandates are the answer. In every case, innovation and humanization play a role.

Leadership:  The election culture must become significantly less politicized and biased toward disenfranchisement. That effort likely will be more difficult than addressing profound process changes because it demands actual, fundamental change in responsibility and accountability from our leaders. It also requires the acceptance and pledge that an individual’s vote is his or her own – it does not belong to the state. That process will demand different types of leaders but also expect that the populous become more stringent and committed in our demands for our leaders to show integrity, transparency, and consistency.

Process:  We must foster infrastructure innovation and mitigate evolving threats in the election space to improve its integrity, defensibility, and transparency. Once in place, the system must publicly demonstrate the integrity of the technology and the processes it automates. This phased approach should focus on 2020 and 2024, while making near-term improvements to ballot audit processes and publication of audit results.

Systems:  The proprietary voting technology used across this country is nearly obsolete, controlled by a few vendors, and run with a business model that provides little incentive to innovate. We need adaptable, flexible, open-source election technology that can be adopted and adapted to meet the needs of thousands of voting jurisdictions across this country – large or small. We also need to disrupt the monopoly via a new approach to voting system certification that replaces the current systems-of-systems approach, which merely matches the existing (obsolete) technology. The process of certifying individual components should resemble the cyber-security certification and accreditation processes used by the intelligence community and the Department of Defense.

Security Culture:  We’ve talked before about the need for healthy paranoia. The conversation about threat has moved past “if” and “when” with respect to voting infrastructure. We are now looking at “how often” and by whom. We need a culture change and an election system that is administered by battle-tested experts and digital natives who understand the current risk landscape demands that we ask “what if” and act as nimble and flexible as the adversary.

The intended outcomes of these efforts are technological and behavioral. It’s highly unlikely that we will see substantial improvements in time for the midterm or Presidential election cycles. Nonetheless, by keeping our focus on the systems, processes, and people needed to assure higher integrity and transparency of election technology and outcomes, the future of voting is positive.

It’s time to assure the legitimacy of our elections so we can improve voter confidence and participation in our fundamental democratic right.