Is Your Business Resilient to Unforeseen Disruptions? 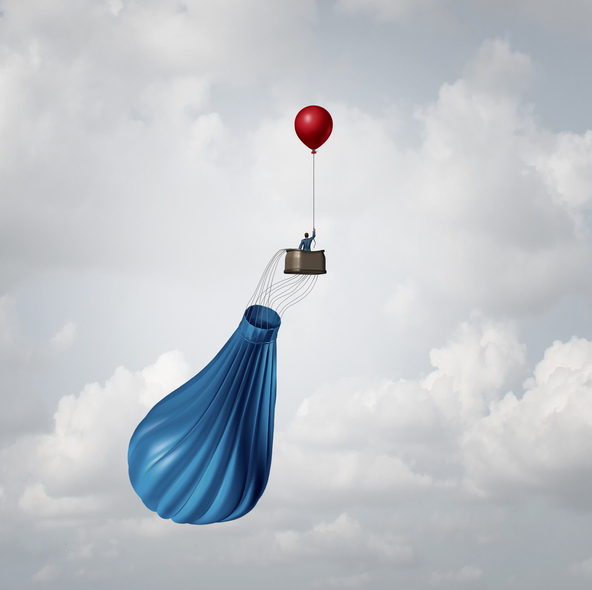 One of the Toffler Associates core values is to be a “curious life-long learner.” We live out that value by continuously seeking opportunities to learn and understand the world. Each of my colleagues exhibits continuous, voluntary, and self-motivated knowledge pursuits that enrich their personal and professional capacities. In addition to enhancing an organization’s culture, this pursuit of intellectual depth also cultivates a significant amount of critical resilience to the corporation.My colleague Caitlin Durkovich recently wrote a blog entitled Business Resilience is Vital to Success and Survival. In the piece, she highlights the elements an organization should consider to weather future seen and unforeseen threats. Specifically, she outlines the necessary steps for creating a more resilient organization. They are:

She highlights the realities of disruption and calamity that have become our norm in the 21st century and points out examples of those organizations (governments, societies, and businesses) that have built a capacity to last. Those entities have a healthy culture of business resilience that springs from the ability of the people within it to identify, anticipate, respond, and adapt to threats. Continuous learning, intellectual curiosity, and a willingness to work continuously at the problem are paramount to all of those capabilities.

In October of 2018, Toffler Associates hosted its signature Future Shock Forum. The event brings together C-suite executives to engage in challenging, far-reaching discussions on thorny topics. Two of those topics were adaptive and emergency infrastructure – both areas that are forcing organizational leaders to think through the kind of resilience framework Caitlin shares in her blog.

As I was considering the tremendous number of events and challenges putting pressure on our modern organizations, I was struck with how much grit and determination our leaders must have to steer through to the clear side of disruption. Maybe even more than those qualities, these leaders also must possess vision and the ability to align their people to a higher purpose. Which then bodes the question about what effect that necessary leadership approach has on the people in the organization. If those people – like us at Toffler Associates – are life-long learners, it’s very likely that they are keen to understand the adversities as well as the approaches to secure the organization against them.

If the leaders have a human-centric approach, they will assess their people. They will evaluate their capacity and willingness to understand disruption, accept the challenge to overcome, and engage the grit to help their organization weather the storm. In a resilient organization, the answer to those questions commonly is yes.

Curiosity and a persistent search for learning demand grit. And grit always trumps talent. In her 2016 TedTalk and subsequent (and aptly named) book Grit, University of Pennsylvania professor Angela Lee Duckworth wrote about the power grit has in determining success. She studied Cadets from West Point Military Academy, students within the Chicago Public School System, and Scripps National Spelling Bee (among others). What she uncovered was that it was not talent, nor test scores, nor family income that determined success – it was grit – the perseverance and passion to work at long-term goals.

With tenacity and strong, human-centered leadership, an organization can weather almost any storm – even a literal one. 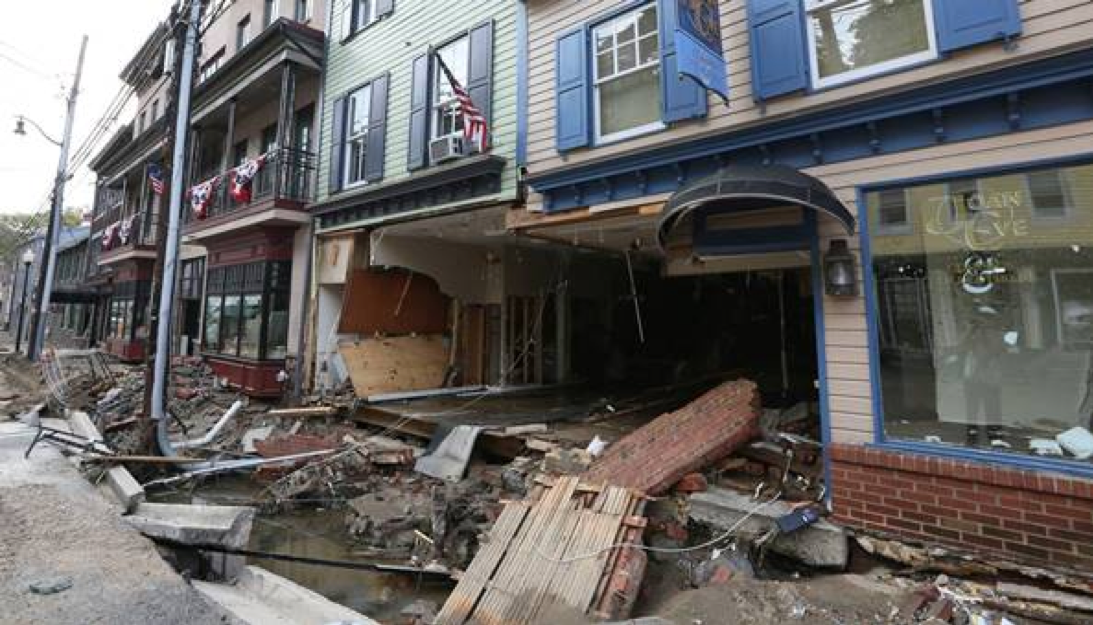 In 2016, my hometown of Ellicott City, Maryland was hit with a once-in-a-thousand-year flood. It was a natural disaster of monstrous proportions. It demolished homes, devastated businesses, and upended historical places dating back to the 1700s. It tragically killed two people. Across our small, warm-fuzzy, picturesque community, many people believed that the flood marked the end for a landmark town in the state.

It wasn’t the end. In response to the devastation, residents and supporters rebuilt the community. They restored many of the businesses that had been around for decades. They brought the heart of the town back to life. It was a remarkable feat. 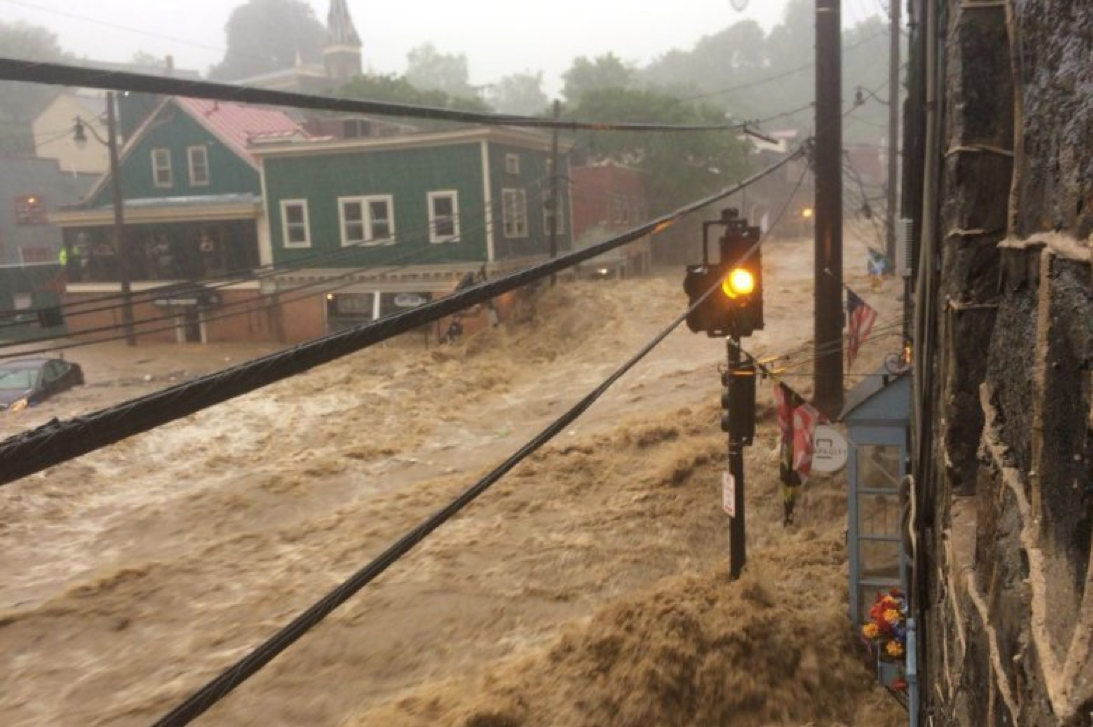 Less than two years later, the unthinkable happened again. An even larger flood took out the city and leveled the main street of the historic district and ended up taking the life of a National Guardsman protecting residents trying to find safety. This storm wrecked even more havoc than the one in 2016.

Residents, community volunteers, and good-hearted, genuine people banded together once again. Still bruised and battered from 2016 and hardened from the challenges they had faced, people showed up almost immediately to pick up the pieces of the town. They were committed to figuring out how to bring the city back to life even faster than before.

Action groups formed and residents spoke out, their voices louder than ever before. Community leaders used the lessons of the past to demand more from political leaders to protect the people, history, and way of life for the people. They weren’t just working to restore a historic district. They were working to preserve a community that brings in more than $124 million of commerce a year to the county and the more than 140 businesses that reside in Old Ellicott City.[1] As one 20-year long resident put it, “We can’t let this community die.”[2]

For Old Ellicott City, resilience is seen in the efforts to bring the life back to the town and reinvigorate its local atmosphere. It’s also seen in how leaders are working to secure the capacity to weather future storms with updates and improvements to its flood mitigation plan for the residents and businesses.

It’s a work in progress, but progress is happening. On Saturday, April 27, Old Ellicott City hosted its annual SpringFest celebration. People from all over came together to enjoy live music, arts and crafts, local businesses, and beer/wine tasting. Even after the unthinkable happened – twice – a community built resilience on strong leadership, earned knowledge, and shared commitment. If the leaders have a human-centric approach, they will assess their people. They will evaluate whether they have the capacity and willingness to understand disruption, accept the challenge to overcome, and engage the grit to help their organization weather the storm. In a resilient organization, the answer to those questions commonly is yes

As you look inside your own organization, what do you see? Are your people prepared for the known threats and willing to fight through the unforeseen disruptions that may impact your organization? 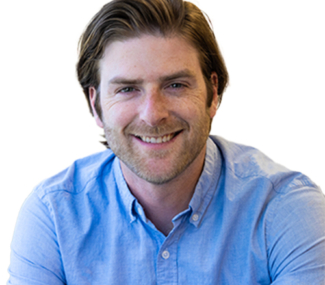 Will, a Director at Toffler Associates, oversees the management and growth of the civilian market portfolio. In this capacity, Will helps leaders within national security, infrastructure, and other agencies plan for long term resiliency. He brings an understanding of foresight and futures and helps organizations think about how emerging technology, environmental and societal shifts, and the evolving threat landscape will impact operational planning. Before joining TA, Will led operations and customer experience for a financial services association in Washington, DC, that advocated for better financial policies for American consumers and financial advisors. Will received three degrees from the University of Maryland: his M.B.A. from the Robert H. Smith School of Business, his M.P.P. from the School of Public Policy, and his B.A. in History and Communication. He additionally played on the University of Maryland’s men’s soccer team from 2007 to 2011, a tenure that included winning the NCAA Division I College Cup national championships in 2008.
Read More Posts By Will