Organizational Decision-Making in the Age of AI 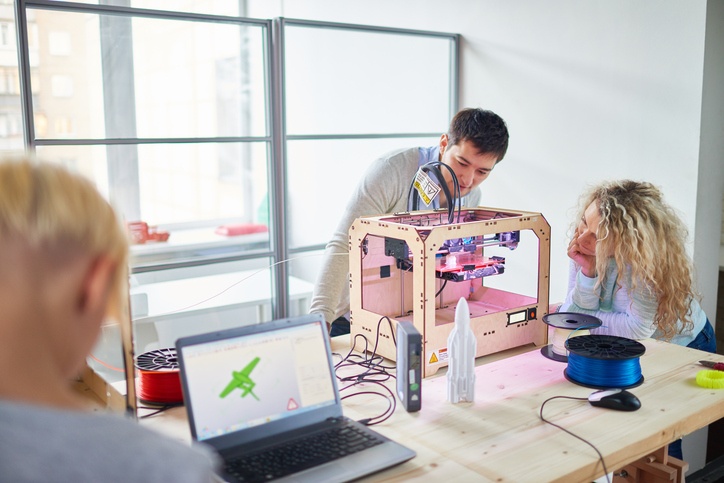 The organizational structure that characterizes most modern government agencies and many commercial environments was built as an early 20th Century Industrial Era paradigm. Hierarchical, efficient and mechanized; this structure was designed less for creative problem solving and innovation, and more for rapid mass production. The historical context in which this model emerged demanded quantity, standardization and price minimization. Low cost, mass-produced goods propelled the consumer economy. Major global events like WWII required the rapid, consistent, and widespread mobilization of funds, people, natural resources, and military equipment.

We have transitioned from the Second Wave Industrial Era into a Knowledge Age. Successful organizations today are fundamentally collaborative, future-focused, and human-centered. While in some instances, the former model still works and may actually be preferred. In most cases, however, the new model is influenced by the early archetype but is evolving into one in which new design and creation principles are shaping mass production approaches. The demand for personalized, tailored solutions is driving this evolution. Solving problems and meeting rapidly changing consumer demands in the hyperconnected, globalized economy requires agile, non-standard approaches. Consumers are less likely to seek standardized goods and services, and more likely to expect tailored responses to their wants and needs. Businesses are less likely to put large quantities of unvarying items into the economy, and more likely to employ data to build customization into their production processes.

During 2017, Toffler Associates interviewed over 300 executives from the private and public sectors to understand how Science and Technology will disrupt business. A staggering number – more than 90% – have said that traditional Industrial Era organizational decision-making structures and bureaucracies are the biggest obstacles to their ability to confront future challenges and capitalize on fleeting opportunities. They’ve gone on to say that the greatest threat to their resilience is the organizational paralysis born from those constraints.

The reason that structural formalities and excessive ‘red tape’ are so threatening to organizations is that agility is more important than repeatable, effectiveness wins over efficient, and customization is more valued than mass-produced. In short – market priorities have flipped, and it’s impossible to satisfy them with the structures of the past.

The prolific move into digital commerce has only reinforced the possibility of those offerings, and people expect them.  The brands that are winning do too and are building a new core structure to accommodate them. At that core is agility, effectiveness, and tailored solutions:

There is something to be said for repeatable processes in the modern economy. Not reinventing the wheel can cut response times measurably. The difference is that repeatability empowered by mechanization is limiting. A repeatable approach to understanding, planning for, responding to, and innovating in a context of internal change and external impacts is where agility becomes a productive, reliable competitive resource.

Effectiveness is a question of values and principles. It strives to answer questions like “to what end” and “why” rather than “how much” and “how fast.” While less a metric of pure production, effectiveness measures quality, which is where reputation is built and nurtured. The other important distinction of effectiveness is the question of market demand – if an organization is incredibly fast at producing large quantities of a product no one wants or needs, their efficiency metrics are meaningless.

Customization is the final third of the human-driven organizational decision trifecta. Toffler Associates has coined this highly customized approach – solution-teering. Put simply, it is focusing on the hard problem first and centrally.

Rather than organizing decisions around a generalized product or service offering, solution-teering begins with an eye to a complex challenge or opportunity, and innovates and implements specific resources. Effectiveness and agility in this sophisticated approach come from a focus on the human and insights gathered from data.

With the continuous flux, ceaseless disruption, and global connectedness in the modern environment, the fluidity offered by a human-centered decision-making structure is the best way for organizations to act – and thrive – like a living entity.

The role of computers in the human-centered organization

Particularly in the interconnected global supply chain, even the most human-centered organization requires data. The number of touch points in any decision has grown exponentially. To gather and employ the right data across departments and stakeholders takes a strong technology platform that can transform data into confident, swift answers hard questions and pressing needs.

Resources like artificial intelligence (AI) are boundary ubiquitous. They replace traditional control structures with meaningful decentralized structures that free the flow of energy and information so decisions can be made collectively and more fully informed. It’s augmenting our knowledge and speeding our ability to see, understand, plan, and adapt at a deeper level than ever before. As we continue to engage AI to enable an adaptive, effective, tailored organizational decision-making structure, we will continue the shift from the Industrial Era artifices that offer control but hamper progress.