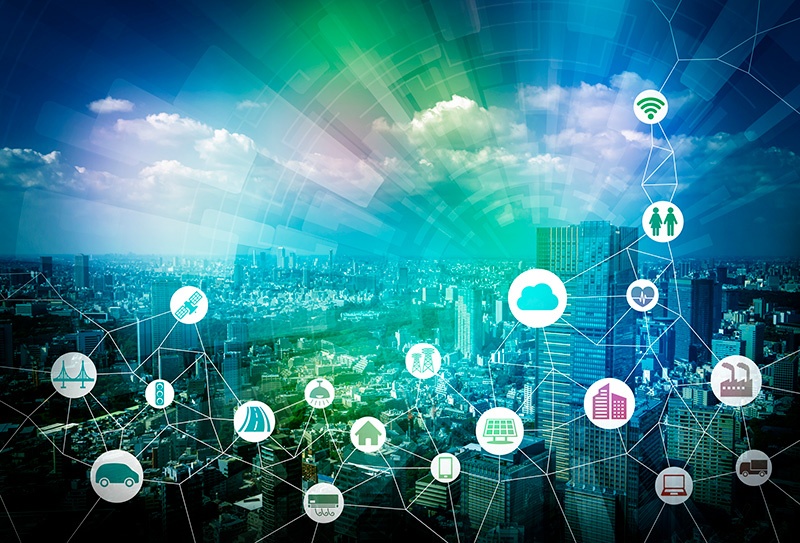 With increasing volume and velocity, smart city technologies and autonomous vehicles are reshaping the structure of our cities and how we live and work in them. Smart city technologies include the Internet of Things, hyper-connected citizens, and data-driven public solutions. Beyond self-driving cars, autonomous vehicles encompass commercial and public applications, aerial, subsurface, and intermodal, and alternative energy components. These innovations are indeed disruptive individually, but in aggregate promise incredible opportunity for our metro areas. They also have the potential to create major hurdles for those tasked with putting these new resources to work.

For city administrators in particular, a lack of clarity about the future, how they will use smart innovations, and where they will find adequate resources constitute a central burden. Through our work with one major metro area that is striving to get their arms around the infrastructure changes necessary to prepare for self-driving cars, Toffler Associates was asked the question, “What should a city be doing today to prepare for these smart city and autonomous vehicle technologies?”

We began the process of answering this question as we often do – by making sure the question itself was the right one. After looking at all of the factors in the immediate environment and the innovations on the horizon, we determined the question to be too limited.

Cities should be asking how to transform an uncertain future into a platform for competitive advantage.

Building a Framework for the Future

Asking a broader question is more appropriate because it creates a framework for cities to orient and control their current and future state. By starting with an outline of what they are doing currently, cities establish a vital benchmark against which they will identify gaps, build resource and operational strategies, and measure progress. From a process standpoint, this isn’t all that unusual, yet most urban areas fail to formulate or implement a comprehensive, actionable approach to smart cities and autonomous vehicle technologies that consider both the current and the future environment.

We have found that the reasons for this critical lack of vision can be distilled into four key factors:

As is so often the case, challenges and opportunities go hand in hand. The urban areas that embrace and successfully shepherd the implementation of smart city and autonomous technologies gain competitive, first mover advantage for attracting and retaining businesses and citizens, and set a more stable and prosperous foundation for the next generation. And as we had determined, clearly outlining the impacts these technologies have currently is the first part of a structured process to understand the future environment, plan for anticipated impacts, and adapt to prepare the city.

Quantifying the Impact and Developing Metrics

Each city is remarkably distinct. Cultures and economies vary from region to region. The impact of smart technologies may be threatening to one city; while to another it’s an opportunity. Consider Houston (TX) and Philadelphia (PA) for example. These two metro areas are characterized as similarly ‘booming,’ with healthy job growth and similar economies. Yet, their transportation infrastructures are really different, with Houston being a ‘modern’ city, more inclined toward single-passenger vehicles and Philadelphia an ‘antique’ city, inclined toward alternative (bike, walk, shared) commuting.[1] These cities might have different concerns and objectives when looking to shepherd in smart city and autonomous vehicle technologies, based on their infrastructure and layout alone. Denver(CO), Kansas City (KS), and Columbus (OH) are other cities which have already started implementing smart city projects, driven by proactive administrations and energetic public and private support.

Examples like these highlight how important it is to individualize a city assessment to account for the particular complexities of the urban area. Start with an assessment of how oncoming smart city and autonomous vehicle technologies might realistically impact a city, and what that means given their current situation. Project how the environment will look as technology innovations reshape infrastructure, economic and public composition, behavior, biases, development policies, public goals and challenges, the environment, and even the regulatory landscape.

Taken together, the right set of variables will help determine what future key performance metrics are, and what actions the city must take today to prepare the environment, such that the public landscape is receptive to change. Three components are required to produce useful metrics:

We know that smart technology and autonomous vehicles will transform how goods and people move over ground, through the air, and potentially under our streets as well. What we don’t know from city to city, however, is which ones will do the most to transform the environment and the specific rate at which they’ll arrive. Each city must build models specific to its environment to consider various scenarios as well as their impacts.

Only a hyper-focused, detailed approach like this one is capable of clearly defining the key performance metrics for the future of the city. And those metrics are vital guides for evaluating technology proposals and implementation plans that can prepare the public, administration, and economic climate to be more receptive to emerging technology.

Key performance metrics also signal that the city is open for business. For cities working to shepherd in technology and collaboratively implement new solutions, this indicator is critical for two main reasons – regulations and resources.

It’s necessary for the cities to form a structure (like an Office of Innovation) that can identify the right resources to fill specific knowledge and resource gaps. The effort also attracts those resources to work, live, and contribute to these evolving cities – which is an invaluable competitive advantage in and of itself. It means the city has established a vision, benchmarks, framework, and resources to remain resilient and prepared. Those cities that take this model on first will be the ones best positioned (with first mover advantage) to move into an uncertain future, whether those unknowns take the form of autonomous vehicles and smart technologies or some other innovation we have yet to imagine.

It’s time to ask what your city should be doing today to prepare for tomorrow.