Technology has Exposed the Gap Between Wealth and Poverty 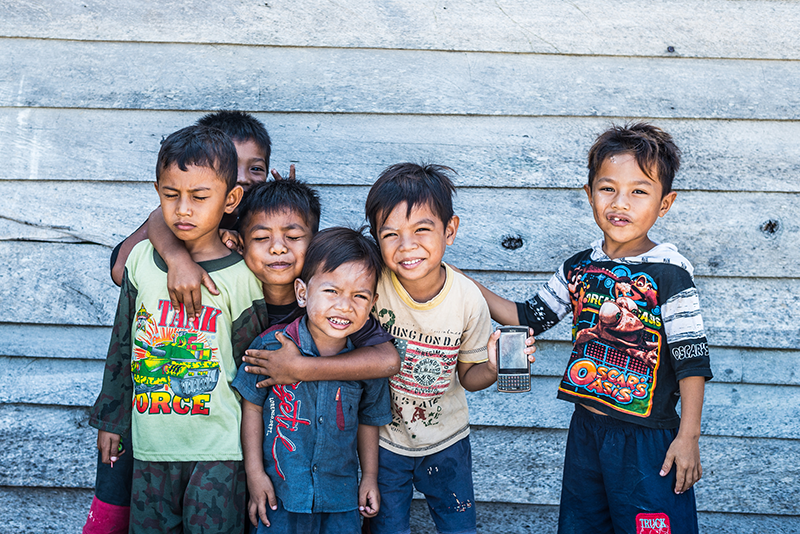 “Knowledge is the most democratic source of power.”

Technology has created more wealth than any other time in history. Yet, the wealth is geographically and industry focused, and the chasm between those who possess the wealth and those who don’t is continuing to widen. By 2020, it is estimated that 1% of the world population will own 54% of the world’s wealth[1] – most created and held by organizations and individuals in the technology sector, in Western countries.

In the past, many of the people in the “other 99%” made up impoverished societies whose access to the Internet and global information was limited by a lack of resources. As a consequence, they lived unaware of who held wealth or where it existed. But assuming that connected technology adoption trends continue on pace, within the next decade, more of that ‘other 99%’ will gain awareness of where they fall in the poverty spectrum.

Already today, more than half of the world’s population, including those in third world countries, is connected via Internet-enabled devices.[2] The barriers to information about what countries, organizations, and individuals control wealth are dissolving. Pulling back the curtain on the most privileged pockets of the world’s economy raises a central question of human nature and societal norms.

Will ignorance prove to be bliss?

By nature, humans (particularly those who lack power or resources) are inclined to respond negatively to perceived inequities.

Through the Internet and social media channels, entire societies could become aware of their relative disadvantages. Ironically, they also will gain the ability to voice their concerns and frustration – in effect using the very resource that reveals their fundamental lack of progress and privilege to convene with like-minded others. The potential for that shared information to result in a collective movement against those who hold power and wealth may be more an ‘if’ than a ‘when.’ Nonetheless, the possibility is reasonable. We have examples throughout history of uprisings growing out of a shared feeling of inequality.

As people become knowledgeable of the fact that they are on the losing end of desynchronization, it’s necessary to consider how they will respond as individuals and collectively. Could the awareness of relative poverty and lack of progress cause the largest societal revolt in history?  It could, and it could also create new opportunities for business.

So what might be the opportunity for business should society revolt against the 1% that has the wealth? Perhaps it is finding ways to create wealth or reduce risk for those with inherently low wealth generating capabilities. Maybe it is taking advantage of the expected growth and connectivity of the world’s population to create new revenue generation opportunities, both for large businesses down to individual entrepreneurs.

The fundamental methodology and capacity for seeing, understanding, and filling provision gaps can translate to virtually any geography or community. The ‘1%’ organizations striving to do this are likely to face hurdles in parts of the world where politics, economics, or even geographic constructs could slow the kind of progress they could make in their own progressive environment. Yet achieving expansion widens their market. And for the communities where need is at desperation levels, existing innovations can introduce immediate changes with lasting positive impact.

It’s not news that automation is erasing traditionally manual jobs and even some white-collar jobs. As that trend continues, it will continue to take a toll on the economy. In particular, we see increasing poverty in communities whose majority employment base is manual and replaceable.

Organizations able to keep the employment and financial gaps from widening have an opportunity to reshape economies. We see those innovations happening in areas of new job creation via advancing and nurturing skills in the hard sciences, IT, automation, and critical thinking roles. Progress is also seen in how technology is advancing ‘traditional’ industries like agriculture or hospitality, and finding new spaces for person-to-person jobs like psychologists and social workers.

To date, billions have been spent on healthcare research and new technologies. Most of those efforts have failed to live up to expectations held by public health experts and the individuals who would be helped by these innovations. Yet while the progress to date has been slow, there is the sense that we’ll see rapid increases in technology-enabled healthcare solutions over the next decade. This optimism is coming mainly from work being done by progressive companies like Boston Scientific, Johnson & Johnson and GE. They are exploring ways to engage innovations like machine learning, artificial intelligence, and robotics to improve medical diagnostics, procedures, and preventive care.

While employment and healthcare innovations are hardly simple, they are real ways in which the 1% already is capable of building strength in once under-resourced communities in every corner of the globe. In doing so, these innovations represent an opportunity to foster goodwill and collaboration that could soften the chasm between the haves and have-nots. And while it’s likely that tension always will exist between those who have and those who lack, we can see connectivity and technology as ways of filling the very gaps they have exposed.

It’s time to see the optimism and opportunity in the unknowns and the newly known.