The New Normal for Space 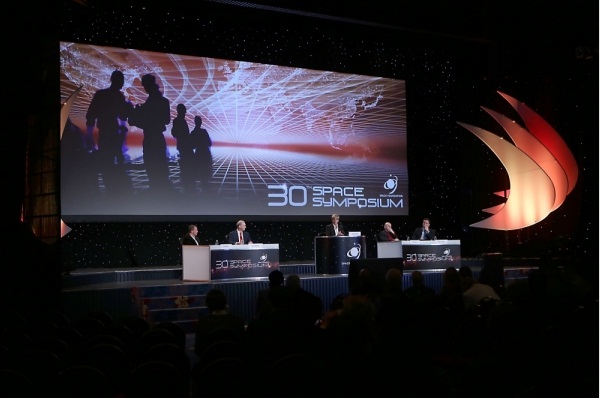 There was a noticeable difference in the energy level at last month’s 30th Space Symposium in Colorado Springs. Toffler Associates has supported this extremely worthwhile event for almost fifteen years, and this year something was very different – something special seemed to have happened. Although discussions were varied, a common theme of optimism and excitement echoed over the course of the five-day event. Representatives from across military, intelligence, civil, and commercial space were actively engaged in debate over the shifting of priorities among the four sectors which, historically, have driven our country’s entry into and exploration of space. Through all the healthy debate was a realization of space’s commercial potential.

For many, the term “old space” conjures images of Sputnik, Apollo, and the first lunar landing. The 1960’s were punctuated by President Kennedy’s 1961 challenge to send a man to the moon, the ensuing years of national focus on meeting that challenge, and finally Neil Armstrong’s famous landing in 1969. Putting a man on the moon was a matter of national pride and security. The U.S. ventured into space because we could, because we had to, and because our government – through the military, intelligence, and civil sectors – was driving us in that direction.

The world is vastly different now than it was in the 1960’s. With more than a dozen countries boasting launch capabilities, the U.S. government is no longer considered the front runner into space and, in fact, is no longer pushing us in that direction. If the burning question of the 1960’s was: how and when will we get into space, today’s question is: what we can do in space (and with space) now that we have gotten there? But as our government’s focus on and push into space has waned, we are seeing the commercial sector picking up where the government sectors left off.

Commercialization of Space – A Wealth Creator

History shows us that whatever can be commercialized will be commercialized. And space is no exception. As individuals and organizations began to recognize the tremendous opportunities presented by space, a new kind of race was ignited. Consider Elon Musk’s SpaceX and its privately-developed rockets. Or Richard Branson’s promise of space flights for civilians on Virgin Galactic. Or FedEx’s venture into space solutions. Or Google’s recent announcement of the company’s plans to deploy 180 small satellites to provide Internet access to under served regions of the globe.Why have these and other commercial enterprises ventured into space? To create wealth.

Space is opening up quickly and vastly, becoming accessible to more companies, individuals, and agencies than ever before. With the government no longer acting as the driver behind discovering, understanding, and reaching space, it may seem the military and intelligence sectors can move on to other things.

But what will happen as more entities enter space? As space gets crowded with commercial and other occupants, will space become vulnerable to piracy, war, and other threats? Was Buck Rogers really that far-fetched? Will space need to be policed to ensure its safety? Will our government need to shift into a role of protector within space?

Boundless opportunities to create wealth will serve as continued incentive for commercial entities to continue to drive growth into space. As a society, however, we want – in fact we need – all sectors to work together to create the new normal of space. Leaders from the military, intelligence, civil, and commercial sectors must bring together their unique perspectives and expertise to allow us to conquer that next frontier. It will be critical for leaders to consider the possibilities of a future in which space plays a new role.

Leaders of space entities, both government and commercial, must recognize that the pressure of changing to a new normal is a necessary – if sometimes uncomfortable – force that fuels the potential of a vastly different, more commercially viable space. Business and government goals will be achieved only through collaboration with each other outside traditional organizational boundaries. If leaders resist or oppose such pressures and their outcomes, they will jeopardize the very things that will secure space’s potential. Space leaders must unify their efforts to effectively embrace the unique pressures that foster innovation and create a sustainable space for all of mankind.