Societal Collision is the Future of Innovation 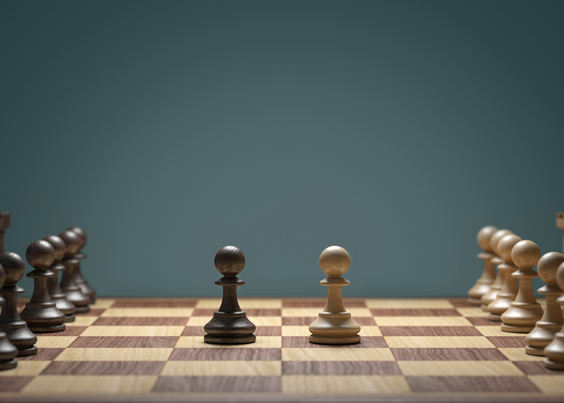 In his best-selling study of post-Cold War international relations, The Clash of Civilizations and the Remaking of World Order, Samuel Huntington studies geopolitical conflicts, looking particularly at their causes. His intentional spotlighting of the word ‘clash’ reveals the heart of the story – the points at which individuals and groups come up against belief systems antithetical to their own become forces working against one another for dominance, rather than compromise.

His central premise is that cultural and societal identities are shaping patterns of cohesion, disintegration, and conflict in the post-Cold War world. The geopolitical environment encompasses multiple centers and multiple civilizations. The balance of power among global civilizations is shifting away from Western dominance and modernization is happening dissimilarly across geographic and cultural groups.

Dr. Huntington predicted that a civilization-based world order would emerge in the post-Cold War era. We would see pockets of cooperation between societies happening because of shared cultural affinities. Country alliances would form more from shared cultural and societal cores than on geography-based common interests. And even within countries, “kin-country rallying,” such as the conflicts between Muslims and non-Muslims, would divide peoples and parties.

In many ways, Dr. Huntington was right. The world has become more ‘multipolar and multicivilizational.’ Clash points are becoming more numerous as the world becomes increasingly connected, and geopolitical sub-sects have a multitude of platforms from which to declare their beliefs and rally support from like-minded individuals.

In the midst of escalating conflict, however, we have begun to see the possibility for traditional conflict centers to inform new ways to coexist. True, the rise of specialization and increased volatility of change causes confusion and conflict. Rather than seeing the tension as a clash, however, some leaders are demonstrating the opportunity in considering them as societal collisions – points of confluence between groups with disparate identities – rather than reasons for war.

In these cases, instead of divisiveness, we’re beginning to see the results of smart, collaborative approaches to problem-solving.

To some extent, this optimistic shift may be a competitive defense as the West loses some of its global dominance to growing economies and strengthening military forces in the East. It also reflects the prevailing innovation mindset of the Knowledge Era. Generally, however, it’s merely the fiscally and socially responsible action for diverse public entities, private institutions, and social movements to collaborate to solve the world’s most difficult and complex challenges.

We are beginning to see two interesting results as clashes become collisions and challenge points become opportunities to innovate new solutions. First, the human element has become a binding force. Even as disparate belief systems come into conflict, it creates a demand for collaboration and negotiation, which is elevating the role of empathy. Second, as these collision points blur conventional government and private sector roles and responsibilities, we’re gaining new collaborative platforms where individuals and organizations are working together to solve problems or pursue new opportunities – in effect, becoming innovation centers for the next era.

As more and more organizations and individuals are forced to think outside our boundaries (self-imposed or natural), we are beginning to see evidence of how collisions are re-forming how we consider our individual and collective roles in society. We also see evidence that shared knowledge and capabilities will create new approaches to big, pressing challenges.

Take space exploration as an example. Where NASA long-held dominance over the domain, the emergence of SpaceX has brought new resources and approaches to the pursuit of deep space. Alternatively, let’s look at the triumvirate formed between JPMorgan Chase, Amazon, and Berkshire Hathaway to disrupt healthcare. The corporate giants have aligned forces to create an independent healthcare company that will restrict the cost of medical treatment, and create new efficiencies in how doctors, hospitals, insurers, and pharmaceutical providers work together to care for patients. The lines between these segments of healthcare are increasingly blurry, and these (non-healthcare corporate giants) are willing to push against tremendous resistance – and points where others have failed – to erase them entirely for the good of their employees.

SpaceX and the new corporate healthcare model are just two recent examples of the good that can happen when conflict points shift from collision to collaboration – as humans create networks that cut across the boundaries of industries, sectors, and interest groups. Innovation demands that we reframe traditional approaches. With that mindset, conflict becomes fodder for progress.

The Future of Innovation is Horizontal

In the Industrial Age, innovation was more often than not a response to a (production) need – handed down from the top of the organization through its people. Today, the model is much more horizontal. Public-private partnerships (P3s) like SpaceX and NASA are creating smart cities and addressing infrastructure issues. Would-be competitors like JPMorgan Chase, Amazon, and Berkshire Hathaway are combining mindshare to push significant change.

Certainly, we don’t mean to say that invention and incremental progress isn’t happening within verticals. Likeminded, like-trained, like-talented people working together on a singular shared objective is necessary and powerful. But the future of innovation – the real game-changing breakthroughs – will happen on a horizontal plane as strategic thinkers from multiple disciplines come together. Moreover, this cross-pollination of ideas, belief systems, and capabilities is necessary for proliferated knowledge.

We’re still in process. The spread of knowledge that will continue to evolve the Information Age. The new playbook hasn’t been written yet. The rules, norms, and expectations are still very much in flux. Shared knowledge is becoming much more critical to the health and stability of geopolitical relations and the global economy than rigorously guarded, siloed idea systems.

Even as global conflict rises, we’re living in a time of opportunity. As Dr. Huntington so adroitly observes, clashes will continue to shape our civilizations. Deeply held belief systems will come into conflict. However, we see the potential to push progress as disparate groups come head to head. These collision points can become the nuclei of new collaborative ecosystems that multiply the impact of creative thinking, knowledge, resources, and insights.

It’s time to change the lexicon from clash to collision, and create a new ecosystem where disparate ideas can shape progress.