The Deep Fundamentals of War 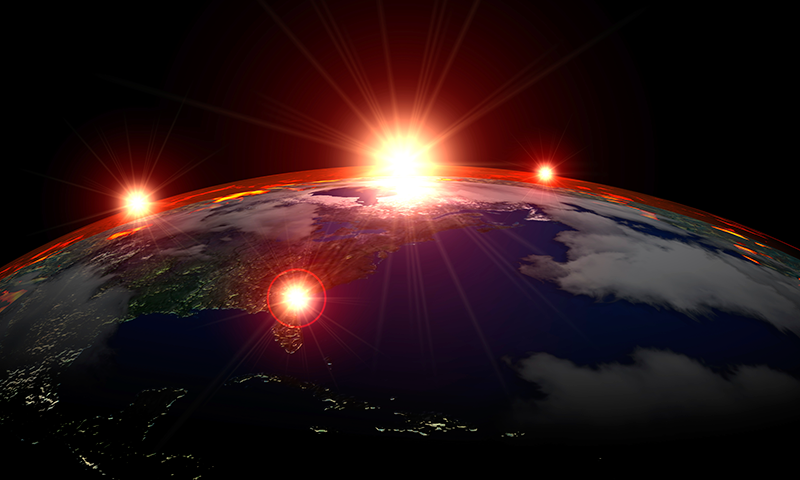 Technology is both our greatest strength and most terrifying vulnerability. Everyone, across the world, is always on, connected, communicating, creating, consuming and sharing information. We have the perceived capacity to be everywhere. Drones, space, bio-digital convergence, autonomous and artificial intelligence (AI) driven platforms and other pieces of rapidly advancing technology are transforming the world. We have the ability to access more data than the human mind can process which makes cutting through the ‘noise’ to identify and understand the veracity and security of our knowledge a top priority.

In today’s world there is no substitute for now. Information and knowledge are shared in real time across the globe and decisions must be made immediately. Compartmentalized notions of time, space and knowledge are antiquated in our global economy and in warfare. In many ways hyperconnectivity presents opportunity. Globalization and the diffusion of technology have extended the scope and impact of innovation, accelerating and reshaping everything. This constant blurring of boundaries, organizations, and truth has created a dangerous reality; our approach to conducting and preparing for warfare must keep pace. The implications of the Deep Fundamentals are clear as we explore the future of war, and society must adapt.

The downside of ‘perfect’ knowledge

Our quest for perfect knowledge will see continued advancements in technology, process, training and decision making across our militaries. AI and machine learning and human-machine integration will continue to grow in importance and have significant implications for warfare. The speed at which we can consume, analyze, interpret and respond to volumes of ‘big data’ will become critical differentiators for nations engaged in future warfare.

Rising reliance on data, automation, and an open source approach to information sharing requires that we consider the implication of potentially threatening or misleading information. Deception and misinformation will play a critical role in the future of warfare, as will state and non-state sponsored hacking. Future wars will be conflicts over knowledge, working rapidly to differentiate between truth and noise, and between what can be ignored and what cannot be ignored and societies will struggle to understand and see these conflicts for what they are.

The immediacy of now

Faster, more connected, and more informed does not necessarily produce better decisions. Leaders in war rooms and on front lines are forced to make near-immediate decisions based on constantly growing and changing volumes of information. These decisions are often required to be made without time to review additional intelligence or seek further guidance, and often have the potential to result in catastrophic outcomes. Is that building the right target? Is that shadowy figure the enemy or an innocent member of society? These decisions are difficult to make regardless of the situation, but even more complicated with both an ever-growing stream of often conflicting information and culture that ostracizes war time mistakes. The dynamic nature of intelligence and the enormous consequence of these decisions make it absolutely critical to perfect the ability to separate noise from signals. Doing so gets us closer to an ability to mitigate information paralysis and enable disciplined decision-making.

Trust is critical and dangerous. Technological diffusion has made it easier for threat actors to infiltrate critical systems, networks, or other systems and both disrupt information flow or compromise the integrity of the information itself. Our continued reliance on information to support rapid decisions forces our warfighters to make faster decisions without the ability to completely think through the problem or trust all of the information.

The illusion of cartography

Hyperconnectivity will continue blurring geographical, societal, and organizational boundaries providing friend and foe with access to everything. Space and cyberspace are as vulnerable as any physical battleground and are growing in importance. This blurring has emboldened and equipped unlikely threat actors from all corners of the world, erasing the previously held ‘clarity’ between friendly and enemy states.

We’re facing the rise of a global adversary that doesn’t conform to traditional assumptions about soldiers, combat, or warfare. Technology has increased the reach of both friend and foe to unprecedented lengths, nullifying the criticality of physical boundaries and the moats we have built to protect them. ‘Key Terrain’ has long been used to discuss the physical piece of land which must be held in order to ensure military victories, but we are seeing its importance challenged daily. We will continue to see a rise of unrestricted warfare, where no aspect of society is off limits and adversarial operations are increasingly decentralized, almost disconnected, and equally focused on physical and knowledge destruction. The challenge to anticipate sources of danger that play by new rules and to protect what we cannot see or feel from adversaries we do not know places great strain on those charged with building and training our forces.

How do we prepare for the future of war?

Understanding the relationships between knowledge, space, and time are increasingly critical and difficult and requires a new approach to warfare in the future. This new approach must be capable of moving seamlessly between multiple forms of war and executing in real time across undefined battlefields. Society must seek to understand and embrace the changing nature of warfare, creating space for necessary changes to take place. We must build cultural and organizational resiliency to embrace the changes affecting warfare, whether man or machine, on land or in space, with increasing speed and depth of information, and an ever shortening decision cycle. This is no small task, and we cannot wait for the absence of current conflict to begin. The future starts today.

It’s time for a new approach to warfare.