This is the Smarter Military R&D Investment Strategy 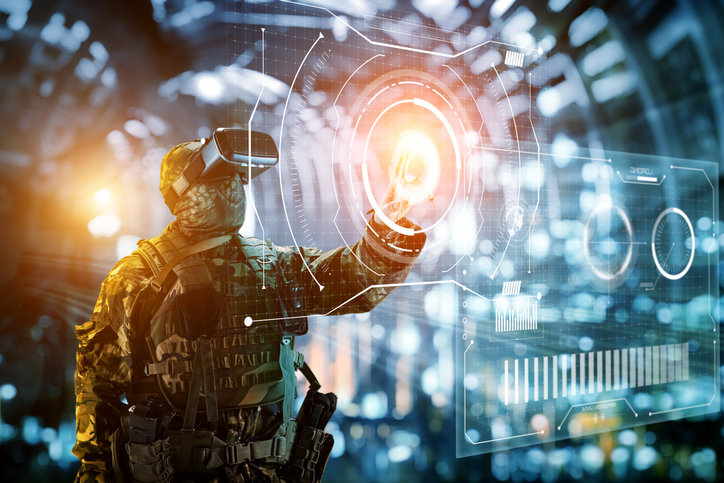 In 2014, Frank Kendall, then Under Secretary of Defense for Acquisition and Sustainment, Technology and Logistics, advised the military services to “start looking at how to get quantities and lower risks,” replacing what he saw as ill-advised focus “on a small number of expensive objects.” [1]

By July 2018, the effort to overhaul the Department of Defense (DOD) investment strategy in future technology was underway. Out of concern about how emerging technologies like quantum science, artificial intelligence, and directed energy would shape the next generation of war, Pentagon leaders took steps. Now under the direction of Ellen Lord, the agency reorganized its leadership structure to get “more-bang-for-the-buck” for the DOD.

This axiom should be the rule for R&D and investment strategies. Value should be the rule and deciding factor – not cost or quantity. Blistering fast technological change, geopolitical uncertainty, and high rates of collaboration mark the global environment. Securing the real-world effectiveness of a future mission or commercial endeavor is the priority.

Understanding how to identify that value, however, is formidable. Solving the challenge means tackling a few fundamental hurdles – focus, inertia, and politics.

The first step in solving the challenge is to acknowledge the problem. The reason we waste so many resources is that we’re inclined to take pride in what we spend and save. Ironically, in prioritizing spending totals over value, we perpetuate a tendency toward waste. The mistake may very well be born of good intent – no one says, “let’s waste taxpayer money.” With a focus on value, the long-term impact of the solution is more likely to remain positive.

Most programs start with a good idea. Over months and years, we pour money and effort into the effort. Careers are linked to keeping the project alive. By the time it becomes clear that a project may not produce the value needed, the investment is so significant that abandonment is not an option.

It’s not hard to find case studies of organizations committed to preserving a status quo, even when most objective observers agree that change is necessary. None offer real solutions or realistic options to help organizations like the DOD move entrenched price-centric acquisition processes to value-driven R&D and investment approaches.

“Nowadays people know the price of everything and the value of nothing.”

Drawing from Oscar Wilde’s famous nineteenth-century quip in The Picture of Dorian Gray, economist Frank Ackerman and environmental lawyer Lisa Heinzerling co-published Priceless: On Knowing the Price of Everything and the Value of Nothing. The 2004 study correlates cost-benefit analysis (CBA) with flawed public policy decision-making. The authors conclude that cost-benefit driven analysis frequently results in outcomes that reasonable people might find “bizarre and inappropriate.” Priceless chronicles one CBA study downplaying the hazards of toxic waste dumps, noting that accidents with deer hurt more people than toxic waste hazards.

Fortunately, the DOD leaders working to develop technology investment strategies are not beholden to the same CBA decision-making processes. Specifically, they are not pressed to quantify social benefits as a measure of justifying program cost. Even still, they compare the cost of tanks, fighter jets, and aircraft carriers, working to rein in budgets – falling prey to the ‘focus’ hurdle. It’s not hard to see an analogy between toxic waste and deer accidents.

In fact, their efforts to reduce swollen budgets by prioritizing defense programs, building efficiencies, and making ‘sensible’ tradeoffs using CBA criteria frequently result in decisions that could be called “bizarre and inappropriate.”

The trillion dollar (plus) F-35 Joint Strike Fighter (JSF) venture offers a good example. The F-35 is the most expensive DOD acquisition in history. In this example, all three hurdles (focus, inertia, and politics) all loom large. Proponents have argued that the program should continue because it’s “too big to fail.” The opposition has stated that incrementally enhancing F/A-18 fighters could produce comparable air superiority. To solve the argument, defense leaders must engage a decision-making model that can zero in on the investments and acquisitions capable of delivering the most value based on priority warfighting needs across competing programs, dynamic threats, and capability requirements. Knowing that conventional CBA methods cannot answer the challenge, these leaders need a different tool to measure value across different technologies and programs against evolving threats, priorities, and capability needs to determine returns on current or future investments.

As an alternative to CBA that focuses on value rather than cost-benefit, FVA is capable of looking at and then past current impacts of investment. In the early 2000s, the National Reconnaissance Office (NRO) and Air Force conducted an FVA to evaluate the organization’s technology portfolios and determine their investment strategy. Leaders used the analyses to shift resource allocations, mitigate risks, terminate low-value projects, and set the strategic direction for future budgets based on stakeholder needs, organizational objectives, and Department priorities. The results of that Intelligence, Surveillance, and Reconnaissance R&D have sustained our technological edge on the battlefield for more than a decade.

The positive impact of FVA is not limited to solving government challenges. Commercial entities – particularly those working in partnership with national agencies – see similar lasting implications from the value-driven benefit approach. In particular, the ability to spot value and make swift investment decisions can equate to a measurable competitive advantage. James Smith, the acquisition executive for U.S. Special Operations Command, has observed, “As I get all sorts of great authorities from Congress and from [the Office of the Secretary of Defense] to move faster, we’re seeing some of our industry partners that are not moving as fast. If I’m going to move faster, I need you to move faster as well.” Bottom line, as industry takes on more R&D risk, business leaders need to invest wiser, act smarter.

As leaders strive to assess future value when making tough programmatic and policy decisions, FVA is a more reliable means of mitigating risk, discovering efficiencies, and making sensible tradeoffs across different priorities, capabilities, or mission areas. As we look specifically at the efforts to overhaul DOD research and development efforts, antiquated price-driven strategies are unwise. They will have long-term negative impacts on the Department’s ability to balance the force structure, sustain military readiness, and continue modernizing the equipment that maintains our technical superiority on the battlefield. No doubt, adopting a value-driven approach will require a cultural and institutional shift from ingrained “way the Department does business” thinking.

To echo Kendall and Lord, the time is overdue for the DOD to insist on “more-bang-for-the-buck.”