The Infrastructure We Need to Secure Future Innovation 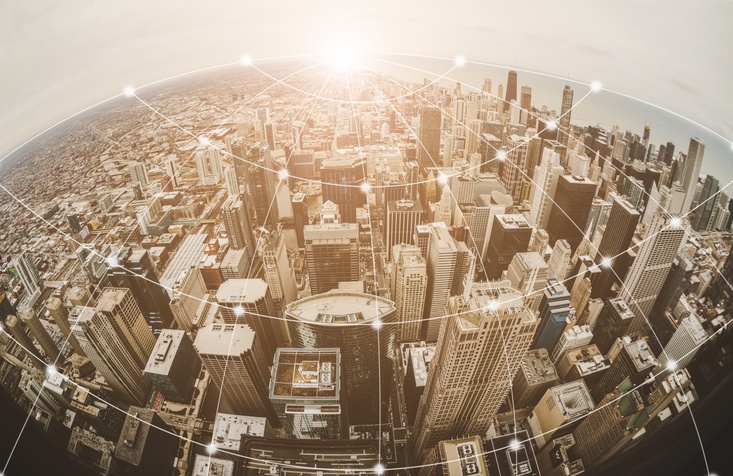 A complex and vulnerable infrastructure ecosystem can be constrained by regulatory, financial, and human factors that impede innovation, economic growth, and social prosperity. Adversaries can exploit the vulnerabilities these constraints create, presenting an existential risk to the infrastructure itself, your organization, and even your country.

In September, following the response to Hurricane Harvey, we considered the questions of what and how to protect necessary infrastructure – whether people, pipes, or petabytes. In that context, we noted that “More people and vulnerable infrastructure exposed to more frequent and intense hazards equals even greater risk for us in the future.” We proposed that any infrastructure threat protection program must be Consistent, Insistent, and Persistent.

While that piece focused on resilience and security, the considerations are no less relevant as we think about innovation. Studying the capacity of environments to support and protect the people, structures, digital assets, idea flow, and economics of progress will be vital to their stability and to the markets they will produce.

Identifying the Drivers and Resources for Innovation

A few years ago, one of our clients asked us to identify the drivers of future innovation. Through a rigorous process that included asking deep questions, challenging assumptions, studying adjacent causes and issues, and identifying the potential future disruptors, we were able to map how the organization and the global market would look, act, and respond ten years. The process determined that innovation drivers would not be much different than they were at the time. The tools would change.

Specifically, we uncovered three things that were – and would continue to push innovation. Each on its own would shape the evolving marketplace and organizational operations. Together, they would fundamentally impact every aspect of company, culture, communication, and currency. Globally, each of the drivers would ebb and flow in importance and impact on markets.

1. Humannectivity: People and their connections to others.
2. Techknowledge: The speed and flow of ideas and capital.
3. Econdmentals: The fundamentals of the economic infrastructure.

Fast forward to 2018. We’ve seen these predictions bear out. As expected, all remain vital. Humannectivity, the role of people and human-to-human relationships within organizations, is more and more a focus as we consider what role AI and other machine learning technologies really should have. Techknowledge has become a fundamental cornerstone of the new economy. While both of those are critical, Econdamentals – the ability to build an economic infrastructure that supports growth in critical innovation – is not getting enough attention

Let’s be honest: When it comes to innovation, money and ideas get the attention. A new e-commerce platform? Another cryptocurrency? $100M in seed money? The innovation paparazzi are out in force. A Google News scan for news about cryptocurrency instantly produces 37,200,000 results. Topics like investing trends, global markets, and new currencies dominate. What’s missing? Discussion about how companies, cities, and countries will create or manage infrastructure to support the new markets that emerge as new economic models emerge.

For example, cryptocurrency companies are moving to Washington and upstate New York. The areas are enabling the innovation with benefits like cheap power, with the expectation that it will make them a leader in the space. Should that expectation come true, it would bring new companies, new jobs, and new dollars to the area. But have they fully considered how capable their existing infrastructure is to support their efforts?

The Infrastructure for Innovation

As we stand in 2018, where the rate of innovation and disruption has reached fever pitch, it’s crucial that we consider more than the ideas and exchange of information. Market growth demands a support system. If that infrastructure is overly complex or constrained by regulatory, financial, or human factors, it is vulnerable to exploitation and failure. And for markets like Washington D.C. or New York, which are betting on innovation to shape the future of their cities and state economies, failure would have lasting negative effects. For cities that can’t provide a modern support system, obsolescence is on the horizon.

As we always have, Toffler Associates is looking at ways to FUTURE PROOF® the pathways and support systems for innovation. The full process engages exacting methodology but begins with three fundamental considerations.

Consideration One:  What will the level of impact be?

Econdamentals is a critical component of future innovation at the micro and macro level. Both countries and companies need to consider whether traditional forms of infrastructure (e.g., roads, waterways, or bridges) are available. Across the globe, crumbling infrastructure is still a drain on growth and innovation.  In addition, new technologies such as Autonomy bring new infrastructure needs. Equally critical for supporting innovation are the  ‘soft’ infrastructure components associated; things like regulatory and legal frameworks, which could drive or inhibit the path to progress. Leaders often talk about infrastructure at the national level, but they should examine the Econdamentals of their organizations as well? Do you have the right policies in place? How might your rules constrain innovation? Infrastructure in the future will be critical to a company’s (or a country’s) ability to be innovative and support the free flow of ideas and resources.

Consideration Two:  What infrastructure will you need?

As companies look for an innovative advantage (like a market that is open to supporting growth in the industry), they need to consider whether the existing environmental infrastructure can support their efforts. Cheap electricity is a tremendous benefit, but if the network will be unable to support the growing power demands, how long will the progress last? (Not long, unless secondary infrastructure innovations emerge to address the power generation shortages.) The same question applies to land and labor, the market, the regulatory environment – asking what infrastructure is necessary to support the innovations, then studying its capacity, is a necessary step in the planning process. Again, leaders focus on traditional forms of infrastructure, but it is important to see your workforce as critical infrastructure. How are you preparing them for innovation?

Consideration Three:  What needs to happen to enable the infrastructure?

Companies can wield a lot of influence on cities or even countries when it comes to investment and incentives. Just consider Amazon’s influence as cities across the U.S. vie for Amazon HQ2 with promises of new buildings, neighborhoods, airport capabilities, and more. It remains to be seen whether they are actively pursuing investments in core infrastructure – like wide, stable roads and bridges – to accommodate the consequent and massive population influx (Seattle’s struggle with homelessness and housing prices shows the double-edged sword of progress). It’s necessary for companies like Amazon to ask for the right things (roads, educational systems, workable regulatory systems, etc.) as they consider where to build their foundation. And it’s as necessary for cities and countries to invest properly in the necessary infrastructure. Innovation is exciting, but only if the foundation upon which it is happening has the capability to keep it secure.

It’s time to secure the infrastructure necessary to support an environment of ongoing innovation. 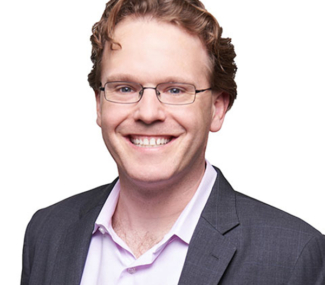