The March for Our Lives is the Movement of Our Lifetime 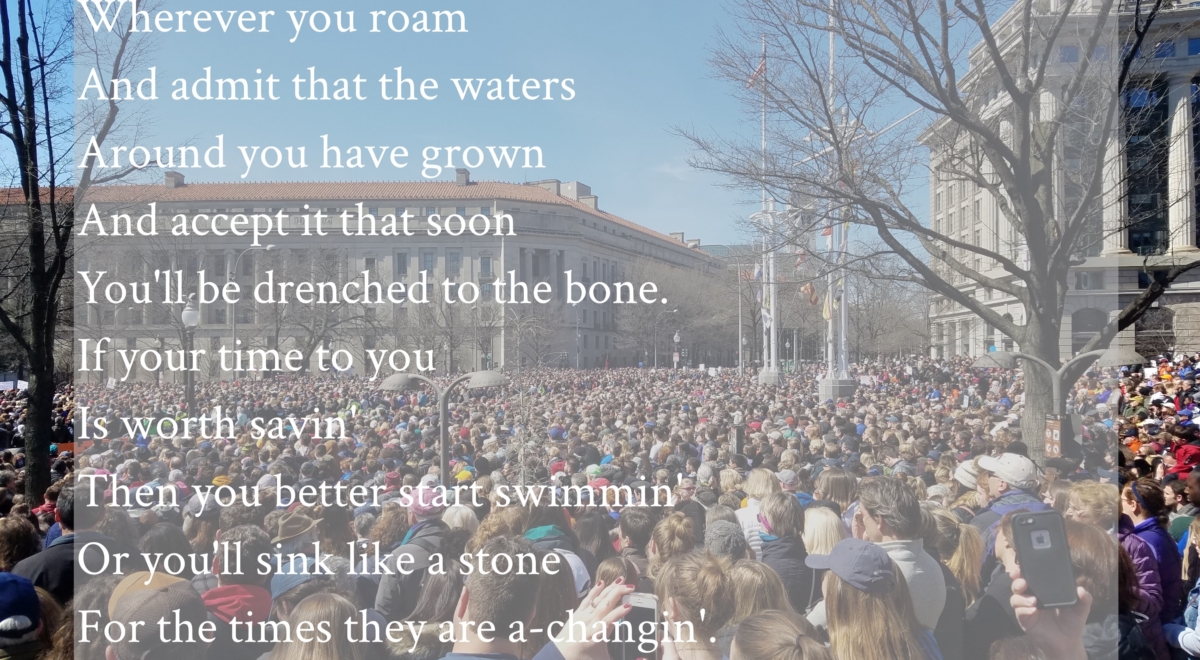 The late 1960’s was a pivotal era of social activism. In 1966, Time Magazine named the “Generation Under 25” as its Person of the Year. By 1968, college-aged American youth were acting as “fledgling revolutionaries,” opting for action over talk. In universities and on the streets of major cities like New York, the marches, riots, and protests were widespread – and justified. Most of the activists were seniors in high school when John Kennedy was shot to death. When those same young adults reached their senior year of college, James Earl Ray murdered Martin Luther King. The Vietnam War took their friends and lingered in their minds as a very possible part of their own future.

It’s hardly a wonder that they were inspired, fed up, and courageous about their First Amendment rights. And they were successful in using their voices, standing up to authority, making change from the ground level. This “children’s crusade” influenced the political trajectories of Minnesota Democrat Eugene McCarthy and President Lyndon Johnson.

Fifty years later, a new movement has launched. In many ways the world is different. In many ways, it hasn’t changed at all.

On March 24, the March for our Lives movement united two million activists across the United States. Led by a group of passionate teenagers, it rallied support from people across belief systems, cultural and economic profiles, regions, and ages. The impetus was more about the Second Amendment than the First, but the Parkland High School students who stand at the front of this movement fighting for change are doing so with the power of free speech.

It’s not hard to see parallels to 1960s. Consider that today’s “fledgling revolutionaries” were born near or just after 9-11. They were born into a world marked by a need for and a fragile sense of security. High school seniors like movement leader Emma Gonzalez have come into maturity hyper-aware of the persistent possibility of gun violence in their schools. Seventeen-year-olds in February 2018 would have been 11 – probably in fifth grade – when the Sandy Hook shooting took place. Most of these young people know metal detectors, on-campus security personnel, and practice drills as ubiquitous parts of their school environment. It’s hardly any wonder they have reached the point of #Enough.

The Parkland High School students have inspired millions – those who marched, and many who didn’t. People around the world are moved to act because of the poise, grace, and ability to articulate important issues that these youth have bravely offered. And the masses have mobilized because these same kids have so adroitly used social tools and technologies as dais and bullhorn.

I was at the march in Washington D.C. I participated in the mobilization. I was incredibly moved by the stories and calls to action.

I am a Virginia Tech alumnus. The 2007 shooting happened in a building where I took classes, on a campus that always felt safe. After that shooting, I joined other alumni for candlelight vigils. We cried and prayed for the families of victims. But I didn’t travel to Richmond to stand on the steps of the Virginia State Capitol and demand a change in gun laws.

The Parkland students have inspired me, and so many others, to believe there is a chance for change.  They have given hope to a cause that has been colored by sadness and a frustrating impasse as the two sides have refused to listen or look creatively for a compromise.

Stepping off the escalator at Archive Metro stop last Saturday and seeing the masses of youth took my breath away. The first sign I saw held the name of someone’s brother. He was gunned down on a Baltimore street. It brought tears, and those tears kept flowing while 20 speakers, all under 18 years old, shared their own moving stories.

These students are not even of voting age, yet I believe they have influenced the upcoming mid-term elections. Why now? Why this event? Why this group? Why not after Vegas, Sandy Hook, VA Tech, Pulse Nightclub, or the countless other shootings that happen every year?

If we take a deeper look, three trends emerge which align with other shifts in our world and will shape the future:

The Growth of Social Networks

The ecosystem of social networks is stimulated by stories reaching friends and friends of friends or followers. This isn’t new. (Particularly now, given speculation about the influences on the presidential election and shifts in advertising.) What is new is that people have stepped outside of their Google- and Facebook-shaped echo chambers. They have looked across the wall of their political parties. And they are listening to the stories and pleas for change. People of all walks and beliefs have opened up and are listening to what the youth have to say. Parkland Students mobilized a platform and reached across political parties, generations, genders, races, states and countries to invigorate action – maybe truly for the first time.

Youth in the Geopolitical Power Shift

Geopolitical power shifts are shaping global economies, crossing traditional borders, and influencing ideological borders. It has sparked the power of youth. They have inspired action and promised to keep up the cause. It’s reasonable to predict that they are more likely to become voters, I believe in their promise. We see the youthful activism of the 1960s on an exponential scale. And we have yet to know the impact they will have on the polls this November.

Sixty percent of GenZ (born 1995-2012) say they want to change the world. Ask Millennials the same question, and only 39% say the same.[1] GenZ grew up with access to information and global connectivity in the palm of their hand. Increased international travel, sister classrooms in other parts of the world, and visual social media networks have shrunk the perception of multicultural differences. This generation is the most multi-racial to date. They are a global village that understands the power of one voice. They have a strong sense of service to others, strive to act for the greater good, and are immediately aware of the impact a small group can have.

There’s so much we don’t know and we can’t predict how this demographic will influence politics, culture, policies, and the economy. For example, the number of teens opting to get a driver’s license is a historic low. [2] That trend could pose a barrier to their political impact, considering that some states allow voter pre-registration when a 16-year-old gets his or her driver’s license.[3] Pair that with the evidence that only around 45% of the 18-29-year-olds who are registered to vote actually cast a ballot but that pre-registration increases that rate by around 7%.[4]

It’s possible that tomorrow’s adults will create their influence outside the voting box. It’s possible that in November, we will see that they have inspired their parents to vote in the Midterm elections. It’s certain that these same kids are making a huge impact on policy conversations.

It’s difficult to spot and understand unknown and non-traditional power sources. But that’s exactly why we have to be mindful of historic inflection points and what they might signal for the future. And it’s why looking back at trends that resemble our own present situation can help us to identify and plan for possibility.

It’s time to listen as our young people lead.

[1] How Should You Be Marketing to Generation Z Through Social? Generation Z study, Maru/VCR&C , AdWeek, 2015

[2] The University of Michigan Monitoring the Future survey 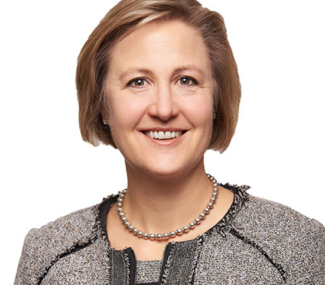