Why You Need to Conduct an Organizational Innovation Assessment 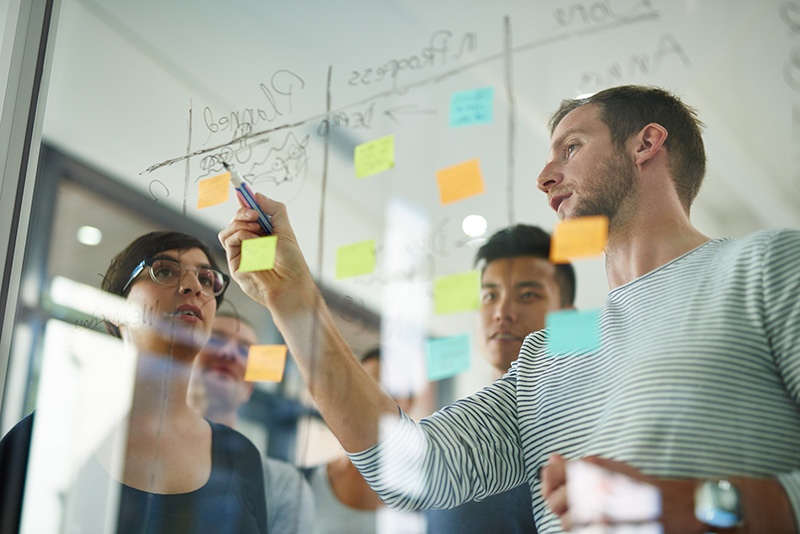 There is no one “right” way to innovate. There are different reasons to do it, different ways to do it, and different experts required. What success means and how to achieve it depend on human institutions and human engagement. Every innovation is a reflection of the capabilities and culture of the organization that produced it, as is every failed attempt at innovation. While there is no right way to innovate, organizations can benefit from common understanding.

We believe that underlying the complexity of innovation are a handful of simple rules, just like human systems at other scales. How we behave and interact with each other can be understood in terms of a few variables – as is the goal of other assessments like Myers-Briggs and DISC. If we could boil down organizational forms in a similar way, we would have the basis for better innovation planning.

Know Thyself as an Innovator

Inscribed in the forecourt of the Temple of Apollo at Delphi is “gnothi seauton” (“know thyself”). This maxim served as an important reminder to those seeking the wisdom of the Oracle. Before learning what the future may hold, or before embarking on an odyssey to create the future you wish to see, you must first come face to face with your true identity.

Any attempt to change the world without first building self-knowledge is destined to fail. This is as true for modern innovators as it was for the ancient Greeks. The pursuit of ideas and improvements is fundamentally human. It demands transparency and humility, which are only attainable through self-assessment.

Despite what pop business literature in airport bookstores would have us believe, there is no one single mode of innovation. Whether born of necessity or opportunity, innovations are particular to an environment and innovators are as unique as their circumstances. A look back through history shows at least three ways of organizing innovation, each of which came out of a specific socio-economic context.

In the late 19th and early 20th Centuries, laboratories opened to concentrate and scale the specialized work of scientists and engineers. Labs operated by universities, firms, and governments shielded these professionals from everyday concerns that could hinder their creativity. Post-WWII, isolating these specialists began to impede innovation. This challenge prompted the creation of DARPA, Lockheed Skunkworks, and Xerox PARC – institutions focused on solving discrete, immediate, audacious challenges, rather than advancing disciplines incrementally over the long term.

The 21st Century co-evolution of IT and social science has led to “innovation labs,” where Agile and Human-Centered Design approaches empower empathic, interdisciplinary teams to rapidly prototype and frequently iterate products. That shift has generated questions about whether such fast-paced innovation yields more radical or more incremental impacts.[1]

Understanding Your Identity as an Innovator

Of course, there is more nuance to an organization’s innovation style than can be captured in a set of three models. Organizations that conduct innovative activities of science, engineering, or design – as well as those government agencies, private foundations, and venture capital firms that fund such activities – foster innovation in different ways and for various reasons. We can ask, for instance:

Why does style matter? Invariably, even the most innovative organizations struggle with creating change. By implementing an innovation strategy that is incongruent to organizational culture (i.e., trying to become something you are not) could waste a lot of time and money, hampering progress. Within your organization, for example, there could be various team cultures that simply are ill-equipped for collaboration. Or, you could be trying to forge an R&D relationship with another organization without agreeing on the value of the partnership or clarifying your respective identities.

The potential of partnerships is increasingly important as collaborative R&D is on the rise. In the federal sector alone, between 2010 and 2014 the number of active CRADAs increased by 10% and other collaborative R&D relationships rose 32%.[2] The private sector has seen steady growth in R&D partnerships since the 1960s, with acceleration since the 1980s.[3] Despite the increase, at least one study of joint ventures finds that 31% fail within five years, with 2/3 of CEOs saying their owners are misaligned on strategy and budget, and only half of employees saying positive things about the culture inside the venture.[4]

The satellite phone system Iridium is an ideal case in point. It was a venture of more than a dozen industry partners initiated to operate a constellation of 66 satellites. The effort faced fundamental technical and business model challenges, which ultimately forced the company to default on $1.5 billion. Iridium has since emerged from bankruptcy, albeit at a less ambitious and more measured scale. Its initial failure and successful restructuring propagated a wave of private investments into similar satellite data services such as Inmarset, Globalstar, and Intelsat.

There is no shortage of stories about innovations that might have been. Examples like Iridium show that a one-size-fits-all innovation strategy is not only insufficient to produce the best possible outcomes – it actually could damage your innovative capacity.

No One ‘Right’ Way to Innovate

An organization’s culture, purpose, and practices will determine how successful it is at making change. Public agencies and private firms are both well advised to launch any innovation process – even before engaging a partner – with a thorough assessment of the underlying values, objectives of the proposed effort, how and when the process will happen, and what resources are necessary. Introspection begins by asking, “Is our current innovation strategy working? What are we trying to achieve?”

Given the speed at which progress is happening, conducting an organizational assessment prior to building an innovation strategy will increase the likelihood of success. Toffler Associates works with organizations to help them learn their innovation profile, and then to take steps to capitalize on strengths, explore the advantages of other styles, and merge with (or acquire) a group that offers a style that fills a gap. By knowing ourselves and knowing each other, we can create better futures together – as smoothly as possible.

It’s time to take an honest look at the way your organization innovates and assess how well it is serving your goals.

[1] Innovation speed and radicalness: are they inversely related?, Emerald Insight, 2011

[3] Inter-firm R&D partnerships: an overview of major trends and patterns since 1960, Research Policy

[4] Why Joint Ventures Fail – And How to Prevent It, Water Street Partners, March 2016